Jeraft has landed a rewarding plunge for Parnham Racing followers with a resounding victory in the Merrywell Hcp (1400m) at Ascot.

A Mungrup Stud homebred, Jeraft firmed from $6.50 into $3.20 on the strength of a first-up fourth at Belmont a fortnight ago. Settled midfield in traffic by Chris Parnham, he was eased into the clear at the top of the straight and reached the lead at the 100m marker.

It sounded like the whole course was on board as Parnham punched him home to a half-length win over Bold Success (NZ) on Saturday. It improved his record to 4 wins in 9 starts and that includes an Ascot hat-trick back in February.

“I’m pleased the punters are going home winners,” trainer Neville Parnham beamed. “He was very unlucky last time – he was chopped out just as he was building momentum. And he’s been working well enough to suggest he would be hard to beat today.

“I don’t know how far he will advance this campaign. He’s a talented horse but is still a bit immature mentally.”

Parnham mentioned there could be provincial targets like the $100,000 Mungrup Stud Sprint (1300m) at Mt Barker in January and LR Bunbury Stakes (1400m) in March.

Jeraft is by Irish-bred sire Hala Bek (Halling) who was pensioned by Mungrup Stud earlier this year. He’s the final foal of Lizzy Long Legs (Steel Glow), a three-time stakes winner at Ascot topped by the G3 Scahill Stakes in 2001. 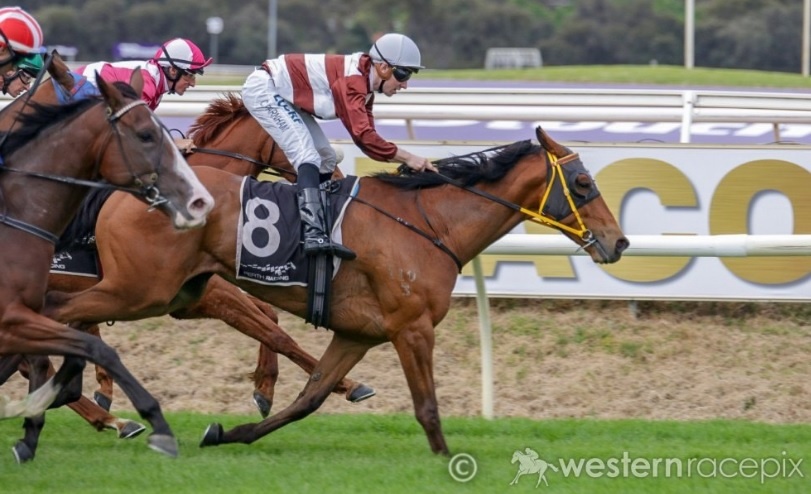