He overhauled Alcina (War Chant) in the final stages after the front-runner looked home at the furlong. Fellow War Chant 3yo Warzachantz finished third after racing on the speed without cover from the 1000m chute.

Don’s Legacy was never sighted at his only other start behind Admiral Promo at Ascot in April. His dam Just Gift (Xaar) is closely related to Fair Alert (G2 Winterbottom Stakes) and her first two foals were both bush winners by Bearcat and Scandal Keeper.

Patronize (Redoute’s Choice) has sired 15 individual winners this season for earnings over a half-million dollars.

Darling View homebred Watch Me Ney Ney completed a running double for the Mundijong stud and Harrison at Belmont. His sire Kim Star (Redoute’s Choice) won four races in Perth for Kim Garden before retiring to his owner’s property where he covered four small books until 2014.

Patronize star Chix Pic takes on a red-hot field when he returns to action in the $100,000 Bunbury 3YO Classic this Saturday. The grey flyer won the LR Perth Stakes at Ascot in March before signing off with a fading fifth in the G2 Karrakatta Plate.

Bred by Darling View Thoroughbreds, he cost a syndicate of lady owners $40,000 at the 2017 Perth Magic Millions. His dam Sassy Flyer (Due Sasso) foaled a Patronize filly in September. 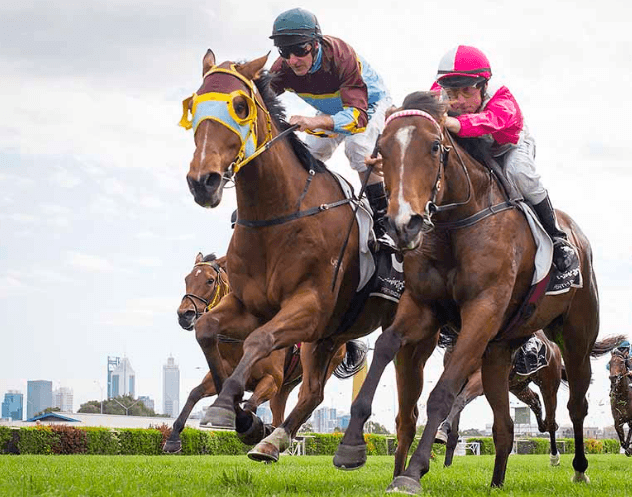