Pletto is well ahead of the timetable mapped out for her earlier this year by trainers Dan and Ben Pearce.

The 3yo daughter of Playing God didn’t race at two but has made enormous progress this season with placings at Belmont and Northam before breaking through in the Ballantyne Jewellers Maiden (1200m) at York on Thursday.

Sent forward by Joe Azzopardi in the early stages, Pletto was hassled in the lead by longshot Reducing Numbers (McFlirt) before breaking clear in the straight to score by the best part of three lengths.

“She’s an immature type and we thought she may not make it to the races this prep,” Ben Pearce admitted. “However, she’s done a great job to race 3 times for a win & 2 narrow placings!”

Pletto is a homebred for Mungrup Stud and is the final foal from Stormletto (Metal Storm) who descends from a successful branch of a Heytesbury Stud family featuring WA Horse of the Year Hold That Smile and successful sire Carry That Smile.

Mungrup has maintained ties through her half-sister Scuffs who was a Listed winner of a Summer Scorcher and Australian Day Stakes at Ascot. Her Oratorio 2yo is a colt with Roy Rogers.

Lordhelpmerun is Playing God’s flagbearer following a Group 3 victory in the WA Sires’ Produce Stakes in April. He was nominated to race second-up in the Bunbury 3YO Classic this Saturday but was withdrawn before acceptances.

Playing God’s 3yo sons Platoon and Son Of Bacchus won 1000m trials on Monday and Wakan Tanka is overdue after posting another placing in the GambleAware Maiden (1000m) at Belmont on Wednesday.

A son of champion sire Blackfriars and a dual Group 1 winner of the Kingston Town Classic, Playing God stands for an $11,000 (inc GST) in the Great Southern at Mungrup Stud. 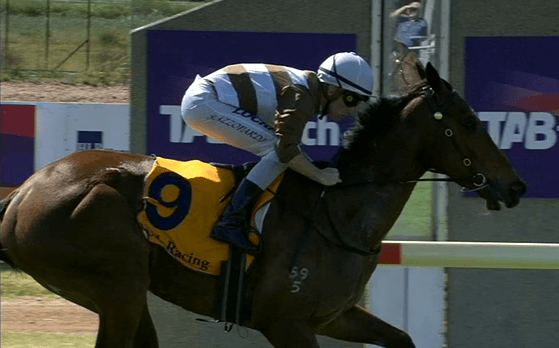