Home Racing ahead at Amelia Park

Racing ahead at Amelia Park

Amelia Park is making major inroads at home and interstate this year with its Vasse operation a burgeoning force in Western Australia.

Owner Peter Walsh and his team have topped the vendor averages at the last three Perth Magic Millions ($122k, $125k & $93k) and that success is flowing through to its racing division.

First Affair (Saxon) commenced the recent winning run with black-type in the LR Boulder Cup and then went down in a three-way photo-finish to the LR Kalgoorlie Cup.  “We’re so proud of our little girl,” Amelia Park tweeted.  “She’s all heart and a huge congrats to Adam (Durrant) who has never lost faith and it was a top ride by Jordan (Turner).”

High Chaparral mare Reveille followed up in the Gannons Ladies Day Cup as an odds-on favourite at Northam.  She raced away in the straight to score by two lengths for Walsh and his racing partner Brian Bradley.

Amelia’s Park’s colours were also seen to advantage at Bunbury on Saturday.  Lady Cosmology (Universal Ruler) was a class above Perth’s juvenile fillies last season and she did extra well against the males first-up in the TABTouch Classic when beaten a length by Chix Pic and Black Sabbath.

“She was very brave,” trainer Simon Miller said.  “They were going way too quick in front and she wasn’t travelling.  She led all the way in the Supremacy Stakes first-up in March so that shows how fast they went today.”

Miller is assembling a strong 3yo team for the summer carnival and the LR Burgess Queen Stakes (1400m) looks tailor-made for Lady Cosmology on Tuesday, November 6.

Her stablemate Achernar Star returned to winning form at Bunbury and that augurs well for another crack at the G1 Kingston Town Classic on December 8.  The Gingerbread Man gelding is in for a great prep if he can reproduce last year’s placing in the signature weight-for-age feature.

“He will go to Ascot through the Northam Cup and we will feel our way with him through the summer carnival,” Miller added.  “The Railway Stakes and Kingston Town are the obvious targets and we may even run him in the Cox Stakes because the distance won’t be a problem.”

Amelia Park homebred Samovare will side-step the G3 Ladies’ Day Vase (1600m) at Caulfield on Wednesday and instead head to the G3 Coongy Cup (2000m) this Saturday.

The Lindsay Park mare has been beaten at her last two starts by I Am A Star who has opened a $3.40 favourite for the Ladies Vase.  Senior trainer David Hayes will rely on NZ-bred mare La Bella Diosa and the field also includes WA visitor Friar Fox (Blackfriars).

Samovare (Savabeel) had excuses two runs back in the G2 Lets Elope Stakes (1400m) at Flemington.  “She ran well but we got too far back,” jockey Jordan Childs reported.  “Then she copped the full brunt of a headwind when we peeled out in the straight.”

Last time out at Moonee Valley in the G2 Stocks Stakes (1600m), I Am A Star controlled the race in front while Samovare was doing her best work late running into a place.  “She’s happy at home,” Hayes said.  “And her trackwork suggests she’s about to hit form.” 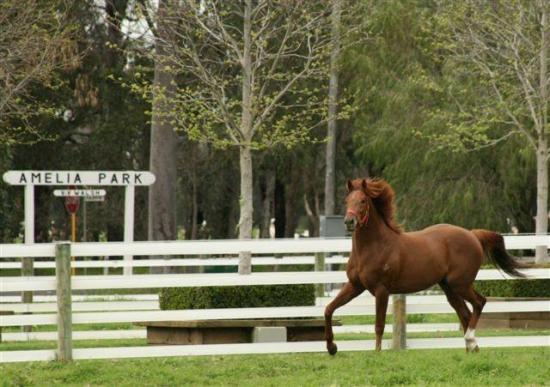