Balmoral Park owner Neil Irvine might have another stallion prospect for his Bedfordale stud after Reykjavik scored a resounding victory in the LR Hannans Hcp (1400m) on Wednesday.

Reykjavik (Artie Schiller) had been stakes-placed three times at Ascot before the black-type breakthrough in Kalgoorlie.  He burst through a gap in the straight to win the feature sprint from Roger The Roman (Holy Roman Emperor) and War God (War Chant).

The ultra-consistent stallion benefited from a perfect ride by Lucy Warwick.  “I wanted to be in the first four but we got further back than planned,” she said.  “We had to bullock through tiring horses in the straight and he was super at the finish.”

“Reykjavik is owned 50-50 by Neil and James Ch’ng,” Balmoral Park manager Brian Collison said.  “His 2yo half-sister by Written Tycoon is named Tycoon Storm and is being pre-trained at Balmoral Park.  She’s a ripper type and we are looking forward to racing her.

“Gibraltar Storm foaled a cracking colt by Artie Schiller in August and is back in foal to him.”

Reykjavik is the 45th stakes winner by Artie Schiller who shuttled from WinStar Farm in Kentucky before settling permanently at Stockwell Thoroughbreds in Victoria.  He was a leading turf performer in North America culminating with a Group 1 victory over Leroidesanimaux in the 2005 Breeders’ Cup Mile. 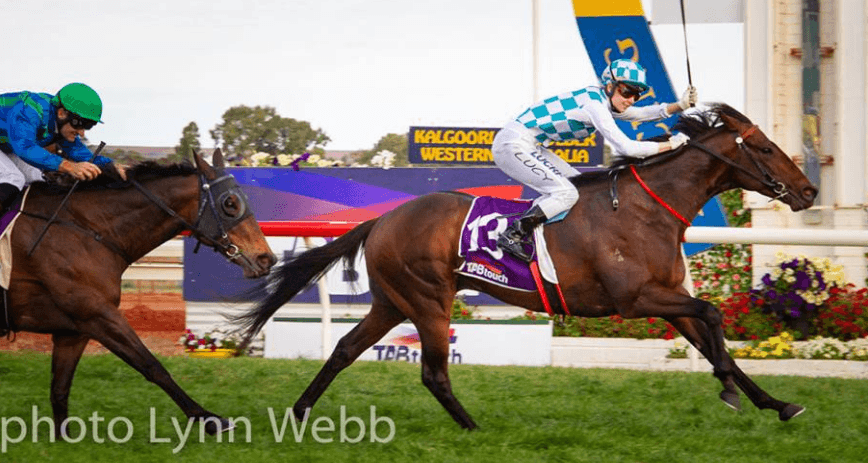