Home Touch of class at Bunbury

Touch of class at Bunbury

Chix Pic has drawn first blood for the G2 WA Guineas with a sizzling return to racing in the TABTouch Classic (1000m) at Bunbury.

Racing first-up in a top-class field, the Patronize gelding stalked speed-machine Agent Pippa before peeling off heels to win by a length from Black Sabbath (Blackfriars) and Lady Cosmology (Universal Ruler).

Chix Pic drifted from $13 to $18 but belied that quote with a performance that impressed trainer David Harrison. “The owners were more than happy with the price. He’s won 3 from 4 and the only time he got beat was in the (G2) Karrakatta when he pulled up shin-sore.

“I told Joe (Azzopardi) to be positive and settle outside the lead. He relaxes and I reckon he will get out to a mile. I will play around with the shades – replace the blinkers with winkers – or maybe go without any gear at all.”

His dam Sassy Flyer (Due Sasso) has a 2yo colt by Patronize, a yearling colt by My Admiration and she foaled a Patronize filly last month.

Patronize (Redoute’s Choice) is a three-quarter brother to Exceed And Excel and is currently second on the WA sires’ premiership to Blackfriars. Darling View stands him for a $4,400 (inc GST) fee. 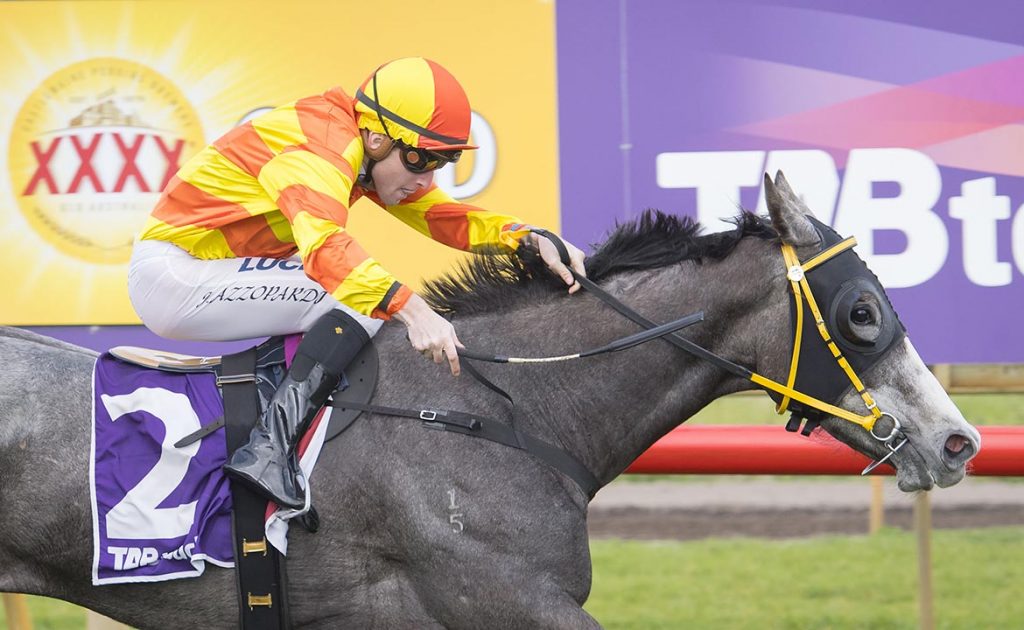