Inject The Venom came good with a vengeance when he grabbed a career-high victory in the LR Kalgoorlie Cup (2300m) on Saturday.

The locally-based staying son of Mungrup Stud sire Hala Bek (Ire) had been runner-up in 3 of his last 4 starts in the Goldfields but landed the one that counted.  In a thrilling three-way finish, he attacked the line to win by a nose for the owner-trainer team of Andrew Inglis and Peter Fernie.

“His sectionals in the Boulder Cup were unbelievable, so we gave him a chance if he was up close enough,” Fernie told the Kalgoorlie Miner. “I’ve always wanted to win this race for Andrew. He’s my best mate and my biggest supporter.”

Inject The Venom was ridden right on the pace by Randy Tan and refused to surrender in a dogfight with Gloryland and First Affair. It was his 6th win since Kal maiden in July 2015.

His widely-travelled dam Folly Lane (Langfuhr) won races at York, Kalgoorlie, Laverton and Broome for Fernie and Inglis before retiring to stud.

Hala Bek (Halling) had finished a close-up fourth in the 2006 English Derby prior to covering six books at Mungrup Stud. His final crop includes four new-season 2yo colts and fillies – the only one named so far is Trevor Delroy’s filly Fahari.

Adamus won second time out in the Avon Valley for owner-breeders Serge and Sophie Madrigali. His dam Not So Sweet (Dash For Cash) is a half-sister to LR Challenge Stakes winner Express Service (Danehill Express).

Not So Sweet has a 2yo colt by Oratorio, a yearling filly by Playing God and she was covered by I’m All The Talk last year.

Sugartime Jazz was bred by Ellie Giles and has won 8 races in Singapore. His dam Gertrude Mcfuzz (O’Reilly) has a yearling colt by I’m All The Talk. 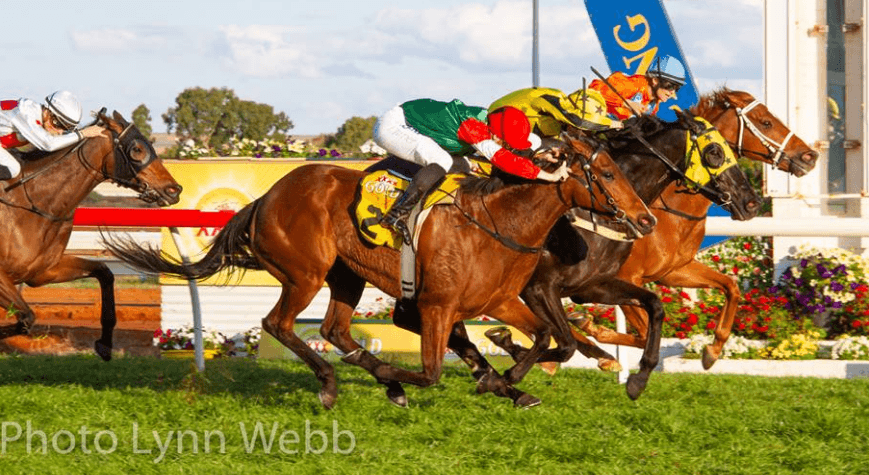