Thisaway reserves his best form for Ascot and that was evident when he powered home for Jarrad Noske in the GTT Ventures Classic Trophy (1400m).

The lightly-raced gelding is a homebred for Heytesbury Thoroughbreds owner Paul Holmes a Court and Wednesday’s victory kept his perfect record intact over 1400m at Ascot.  Allowed to settle midfield off some fast sectionals, he circled the field on the corner to score by a half-length.

Thisaway (4g Ouqba – Running Mate by Lord Dane) was rated a horse with ability after completing an Ascot double during his first racing prep in April.  “He’s starting to put it together and is getting better every time,” winning jockey Jarrad Noskie said.  “He’s got a future.”

“He was still growing into himself last season,” trainer Trevor Andrews said.  “My wife Joanne rides him in work and has a real opinion of this horse.”

Ouqba’s latest foals on the ground at Heytesbury include this filly from Stacks On (Saxon) who won three races at Ascot in the stud’s famed maroon and white silks.  She was also prepared by Luciani and is a descendant of G2 Champion Fillies winner Mercurial Madam (Is It True).

A Group 3 Royal Ascot winner, Ouqba is son of champion sire and sire of sires Red Ransom.  For further information, Heytesbury studmaster Dennis Tilbrook can be contacted on 0419 967 879. 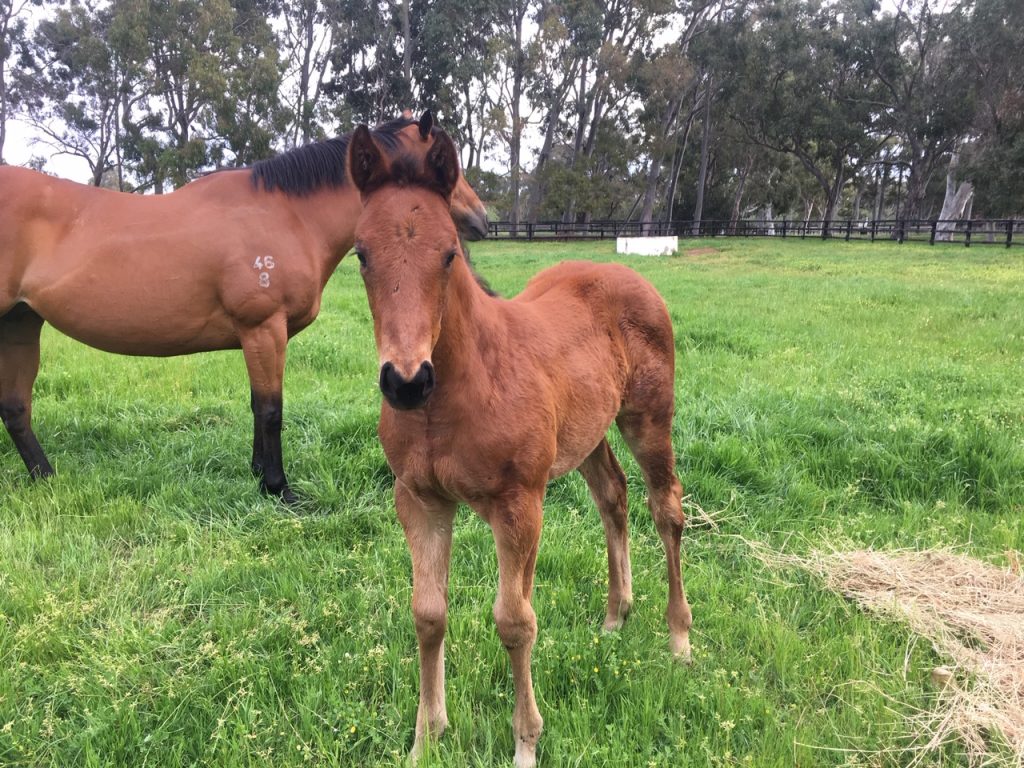