War Chant (USA) unveiled another filly with black-type potential when Dance Music outclassed her rivals in the Cystic Fibrosis Plate (1100m) on Saturday.

Dance Music had been on track for the G3 Champion Fillies (1600m) after runaway wins at Northam and Belmont earlier this season. “Then she got rolled as an odds-on favourite at Belmont and I realised it would probably come too soon,” trainer Simon Miller said. “I put her in the paddock and brought her back for some shorter races over the carnival.”

Fast Flowing has a 2yo filly by Blackfriars and she has since foaled another two fillies by Bull Point. A Group 3 winner by Fastnet Rock, he stands at Sandblom’s Kingstar Farm in the Hunter Valley.

There’s not much of Dance Music but, what there is, impressed Willie Pike. “She kept going even though we were caught out in the cheap seats. All credit to her, she came off the bend smoothly and was ready to go again in the straight.” 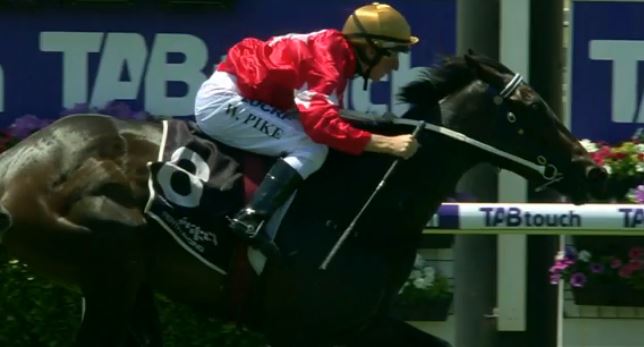