Home Eye-catching winner by All American

Eye-catching winner by All American

Yankee Eyes is best left to run free in front and that strategy paid off again at Morphettville on Saturday.

The promising daughter of All American controlled the Carlo Bittoto Memorial (1250m) and dug in for the fight when challenged in the straight by Zoustar fillies Kenyan Wonder and Be My Star.

“She did it easy and had fitness on her side,” apprentice Kayla Crowther said. “She’s tough, too and there’s a lot more to go with her.”

Yankee Eyes was narrowly beaten on debut at the Oakbank Carnival in April and then had the speed to share the lead in the LR Dequetteville Stakes. She returned from a spell to win first-up at Murray Bridge but followed up with two unplaced runs from off-the-pace at Morphettville.

“Kayla let her go to sleep last week and they weren’t in a position to catch up,” MacGillivray explained. “There were no worries backing up today and it really was an impressive win. She’s a nice horse ridden the right way and we will keep raising the bar.”

Yankee Eyes has a yearling half-sister by Not a Single Doubt from Miss St Tropez catalogued as Lot 522 for the Inglis Classic Sale on February 11. A week later All American has 12 of his first Geisel Park-conceived progeny parading at the Perth Magic Millions.

All American (Red Ransom) served 113 mares in his initial book at Geisel Park in 2016 and, after one-off season back in the Eastern States, returned to stand permanently in WA this year. 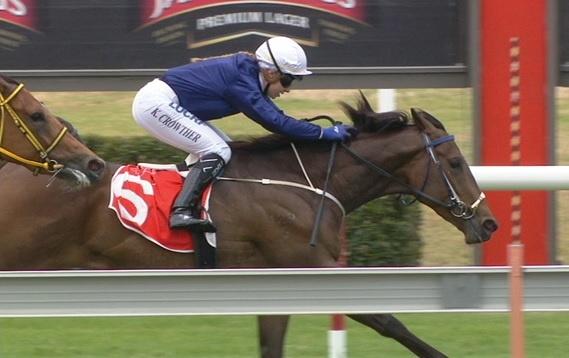