Former Westbury Park sire Smug (USA) was represented by his first winner at Geraldton on Saturday.

Sliced Bread was sooled to the lead by Renee Forrest and was never threatened in the Great Western Insurance Brokers Maiden (1213m).  He started an 11-8 favourite second time out following a winning trial at Lark Hill earlier this month for trainer Dion Luciani.

Sliced Bread (3g Smug – Princess Tatiana by Poliuto) is homebred for Loloma Farms and is one of four starters to date from the first crop of Smug.  He died after just two books in WA.

Smug (El Prado) hailed from the same sireline as successful shuttlers Medaglia d’Oro and Artie Schiller.  He won on turf at Hollywood Park and Santa Anita and was runner-up in the G3 Inglewood Hcp before a training accident ended his racing career after 9 starts. 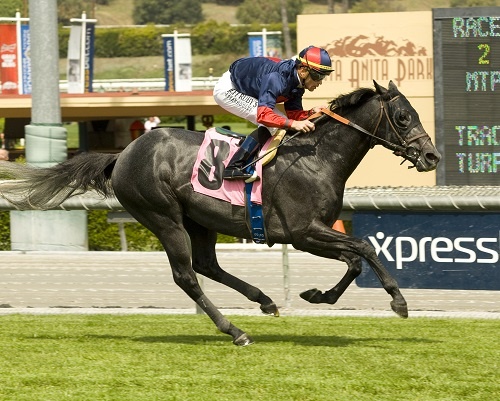