Ice Ghost relished the step up to 1550m and a perfect ride from Jason Holder in the James Boags Hcp at Morphettville on Saturday.

Well-backed as a $2.50 favourite, the Bradbury’s Luck 3yo sat in the box-seat and then put them away with a quick burst of acceleration along the rails. “He won here first-up but hasn’t had any luck in his last three runs,” trainer Gordon Richards said. “And that was no fault of the riders.”

Even so, Richards legged Holder aboard for his first ride on the grey who was down in the weights at 54kg. “I was a good job to win against older horses off a seven-day break. We decided to go again today because he had pulled up so well this week.

Ice Ghost showed early promise winning Adelaide’s first barrier trial of his juvenile season in September 2017. “He went shinny twice so we had to look after him,” Richards recalled. “I think he will eventually get out to 1800m – 2000m.”

Bradbury’s Luck got him from Japanese-bred mare Ghost Story (Dance In The Dark) who was runner-up at her only start in England and his second-dam is a half-sister to Champion racehorse and sire Cape Cross.

Richards bought Ice Ghost for $42,000 at the 2017 Adelaide Magic Millions and there will be more bargains from his sire’s first WA-bred yearlings at the 2019 Perth Magic Millions.

Bradbury’s Luck (Redoute’s Choice) transferred to Yarradale Stud shortly after his Group 1 star Luckygray was named WA Horse of the Year. He has sired 18 stakes horses to date on top of an admirable winning strike-rate of 67%.

Yarradale has entered 8 of the 13 yearlings by Bradbury’s Luck going under hammer in the Swan Valley on February 18 & 19. Their first filly to parade (Lot 43) is from Even Astar (LR Belgravia Stakes & LR Burgess Queen Stakes). 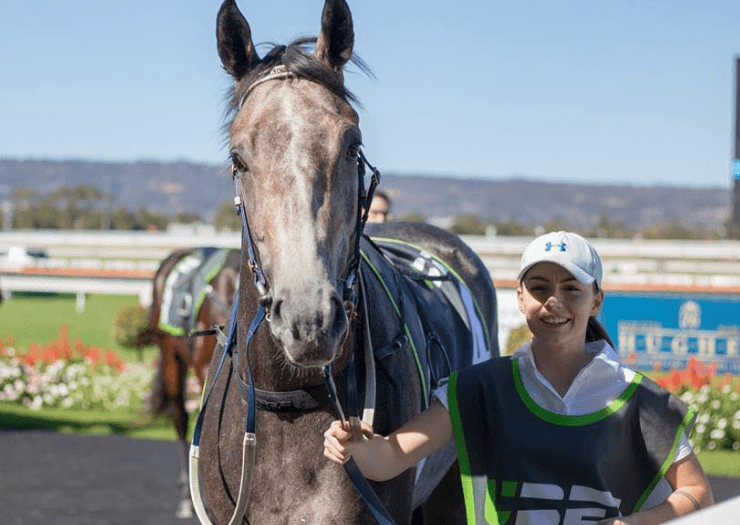