The Jungle Mist Classic turned full circle for Mungrup Stud when Misty Metal careered away in the Listed race for fillies & mares at Ascot on Saturday.

The consistent daughter of Mungrup champion Oratorio anticipated the start and bolted in for owner-breeders Lex and Shirley Piper. The winning margin was almost three lengths from Celebrity Dream (Thorn Park) and Private Dancer (Oratorio).

“We were pretty confident coming here and she was just sensational,” co-trainer Todd Harvey said. “She’s always had a lot of ability and once she found her feet today, away she went.”

Misty Metal (4m Oratorio – Rubitawny by Rubiton) has won 8 times in 15 starts for $355,935 in prizemoney which includes $125,000 of Westspeed bonuses. She is the second Jungle Mist winner for the Pipers following Rouge Dior, a daughter of Stormy’s Son (Metal Storm), in 2013.

She is the 16th stakes winner by Oratorio who has sired 242 individual winners at a 60.2% strike-rate since arriving in the Great Southern after a stakes-winning career in Melbourne with Lee Freedman.

Oratorio has 13 yearlings entered for the 2019 Perth Magic Millions and all bar one are on account of Mungrup Stud. First to parade is Lot 1, the full-brother to G2 Karrakatta Plate winner Motion Pictures. 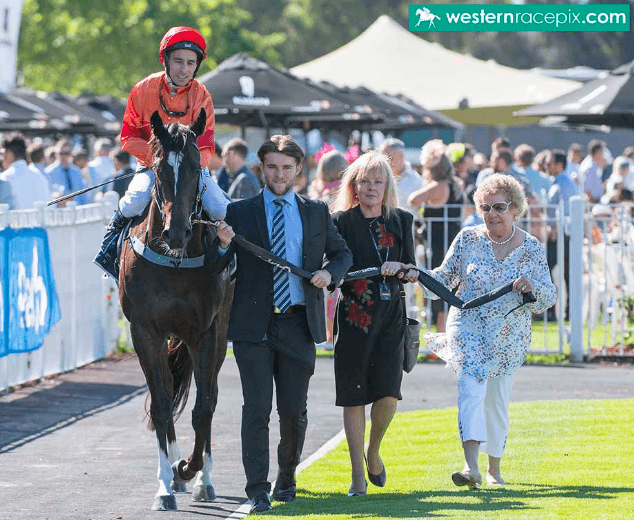