The Snippetson sprinter posted his fourth win at Kranji this year with a convincing victory over Petite Voix (Poet’s Voice) on Tuesday.  Trainer Dan Meagher prepares him for Gold Coast-based brothers Glenn, Martin and Stephen Heran.

Stable foreman Danny Beasley saddled the winner with Meagher in New Zealand for the Karaka 2YO Sale.  “He’s been a very good horse to us and he’s ideal for apprentice jockeys,” Beasley said as Syahir Abdul brought the gelding back to scale.  “He’s very easy to handle and Syahir gave him a perfect ride tonight.  He had 57kgs and the 4kg claim was a big help.”

Snip (5g Snippetson – Gingerbread by Kempinsky) has earned the equivalent of AUD 186,460 for the Herans in Singapore.  His dam is an unraced half-sister to Melbourne stakes winners Tycoon Ruler (Last Tycoon) and Lago Delight (Encosta de Lago).

Second-dam Sweet Delight (Rancho Ruler) won a G3 Stocks Stakes at Moonee Valley and was Group 1 placed in a Cantala Stakes at Flemington behind Catalan Opening and WA horse Penghulu.

“Syahir deserved the win especially as he’s been riding Snip every morning,” Beasley added.  “Dan will be happy with that win, too.  Hopefully, he can find another Snip for us in New Zealand.”

There are no Snippetsons at Karaka this week but there will be plenty of his yearlings to choose from at the 2019 Perth Magic Millions if Meagher flies down from Singapore in February.

Snippetson stands at Scenic Lodge and his home-base has 7 lots entered including (as agent) the half-brothers to Samovare (G3 WA Champion Fillies Stakes) and Zuccheros (LR Carbine Club of WA Stakes). 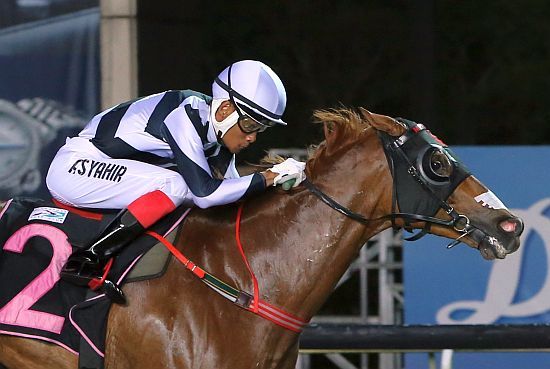