Playing for keeps in WA Guineas

Playing God is all set to sire his third winner this week and he couldn’t find a more appropriate stage than the G2 WA Guineas (1600m) at Ascot.

The Mungrup Stud sire has Lordhelpmerun ($13) and Platoon ($23) in the $500,000 classic on Saturday and either horse can belie those prices against the best three year-olds in the State.

Playing God won the 2010 WA Guineas and extended his lead on the local second-season sires’ premiership with Playing Marika (Ascot) on Wednesday and Son Of Bacchus (York) on Thursday.

Lordhelpmerun won the G3 WA Sires’ Produce Stakes in April and wintered as market-leader for the WA Guineas. A below-par run in the LR Belgravia Stakes in October saw him drift out of favour before a return-to-form second in the LR Fairetha Stakes.

He was purchased by Commercial Bloodstock (FBAA) agent Noel Carter for $25,000 from Toreby Park at the 2017 Perth Magic Millions. “Apart from that hiccup last month, everything has gone according to plan,” trainer Steve Wolfe admitted. “He’s in good order, has got a good barrier and a mile will be his go.

“Lordhelpmerun is better off at set-weights and, all things being equal, it will take a pretty fair horse to beat him on Saturday.”

Platoon powered home for fifth in the Fairetha Stakes but his chances nosedived with a wide gate at the barrier draw earlier this week. “It’s not ideal, however, it’s certainly not impossible,” trainer Neville Parnham claimed. “If he gets some luck he should run well.”

Parnham prepared Playing God and can see plenty of the sire in his son. “Platoon is not as good yet but they have similar attitudes,” he told The West Australian. “And the mile looks right for him now.”

Hoofnote: Playing God can notch another first at Bunbury on Sunday with his unraced 3yo filly Classy Lassy. She has won all four of her trials for owner-breeder Wally Daly. 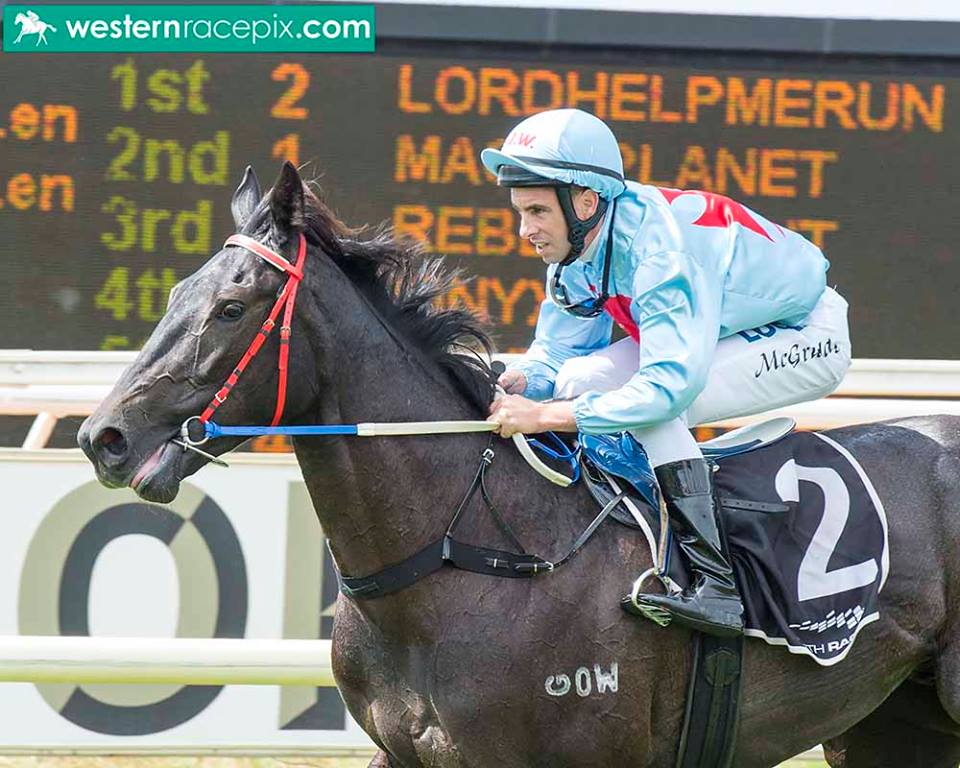