Premier trainer Neville Parnham deserves all the kudos for keeping The Nicconian fighting fight since the start of his current campaign in June.

The Nicconian (Nicconi) has raced 13 times for 3 wins and 6 placings in the last 22 weeks!  And he maintained the good work with another front-running victory at Ascot last Saturday for Parnham, his wife Carol and their jockey-son Steve.

What’s more, Sky Channel’s Ron Dufficy nominated The Nicconian as his pick of the yard before the TABTouch Better Your Bet Hcp (1200m).

“I guess it’s just experience knowing how to save them up for long preps,” Parnham said with just the hint of a self-depreciating smile.  “He doesn’t lose weight and doesn’t require much work.  We sprint him up before each race and he’s ready to go again.  His last three runs have been career-best.”

Dawson Stud owner Graham Daws can also take some of the credit for The Nicconian.  He bred and sold the chestnut to Parnham for $37,500 at the 2016 Perth Magic Millions and connections have banked over $160,000.

Besides his better half, Parnham brought in several stable clients including staunch regular Bob Pearson along with Sean Kenny and WATC Vice-Chair Paula Sullivan.

The Nicconian is the fifth and final winner from Twilight Spy who won the G3 Easter Stakes and LR Australia Day Stakes in 2004.  Her sire Bletchley Park (Caerleon) put Dawson Stud on the map after he was imported to WA in 1993.

Bletchley Park held the WA record for individual winners (396) until overtaken by Blackfriars last year.  He’s also the damsire of top-class mare Dainty Tess who will be crowd-favourite for the G1 Winterbottom Stakes (1200m) at Ascot this Saturday.

Earlier on Saturday, Dawson-bred 3yo Paquirri is a blow-out chance for the G3 George Moore Stakes at Doomben.  Daws bred him and kept a share after he was knocked down to trainer Gary Moore for $265,000 at the 2017 Perth Magic Millions.

Paquirri won the G3 Kindergarten Stakes at Randwick in April and drops sharply in class following an unplaced run in the G1 Coolmore Stud Stakes at Flemington on November 3.  “He missed the kick last time and hasn’t had much luck in any of his runs this season,” Moore said.  “He’s done well and it would obviously be a great honour to win the race named after Dad.

“I think he can go well provided it’s a dry track.”

Paquirri (I Am Invincible) holds a nomination for the $2 million Magic Millions Guineas at the Gold Coast in January and Dawson Stud has entered 17 yearlings for the Perth Magic Millions Sale in February.

The Dawson draft includes an I Am Invincible colt from Pink Diamonds (Lot 104).  His second-dam The Golden Dane (Danehill) won stakes races at Randwick and Rosehill for Lee Freedman. 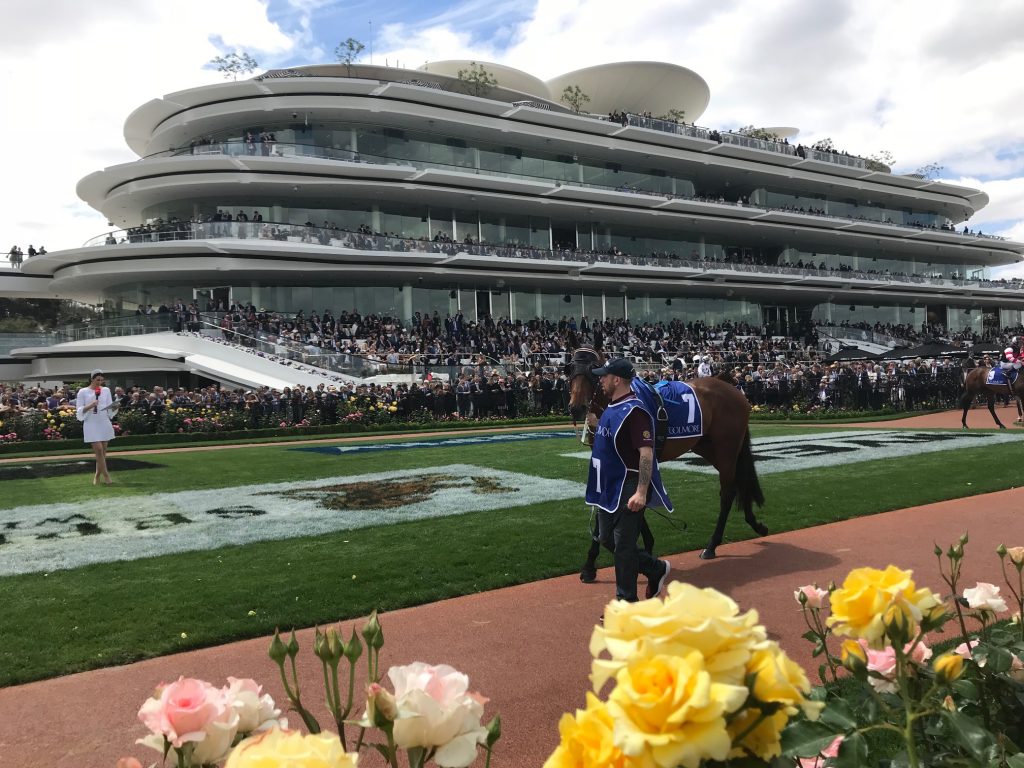