Darren Weir prepared a Bendigo double by Scenic Lodge sires Snippetson and Dash For Cash on Tuesday before flying west for the Ascot summer carnival.

Queen La Diva (3f Snippetson – Flying Diva by Flying Spur) won the first-leg at Bendigo like a short-priced favourite should in the MyPunter Plate (1600m).  Still in her first prep, she was always travelling a treat – one-out and one-back – before easing down with the line in sight.

“She been showing us plenty at home,” in-form stable jockey John Allen said.  “She found a nice spot behind a good tempo and picked up well when I asked.  She had a look around in front and will get much further than a mile.”

Queen La Diva is bred to get over ground being a younger full-sister to hard-knocker Kenjorwood who has won 10 races up to 2000m.  The most lucrative of those strikes for Weir was the LR Lord Stakes at Caulfield on Boxing Day, 2016.

Weir and Kenjorwood’s part-owner Leigh Winwood targeted Queen La Diva at the 2017 Tasmanian Magic Millions but were forced to bid a record-breaking $160,000.  “She has great presence and is a real free flowing filly…very athletic and everything you look for in a horse,” Winwood said after signing the sale-sheet.  “We went well over budget but, as they say, you should buy the one you love, not the one that’s left.”

Cash Affair (5m Dash For Cash – Four Kisses by Danehill Dancer) claimed the second-leg thanks to an inspired ride by Allen.  The grey mare was slowly away but took a short-cut to win the Roll The Dice Hcp (1100m).

“She was racing first-up and Darren said she’s goes well fresh,” Allen explained.  “She felt good in the run and it worked out beautifully.  They all peeled off the fence and I was happy enough to stay on the rails.  It played right into our hands!”

Cash Affair exploded to the lead at the furlong and had enough in reserve to hold off fast-closer Hay Now (Bradbury’s Luck).  Limerick Lane owner Gerry Ryan has been patient with his lightly-raced homebred – she won a Mildura maiden as a winter 4yo in June.

Scenic Lodge has 7 of the 15 Snippetson yearlings catalogued for the 2019 Perth Magic Millions and its Dash For Cash – Cyclone Bella filly (Lot 197) is from a winning daughter of Belle Chanson (G1 South Australian Oaks). 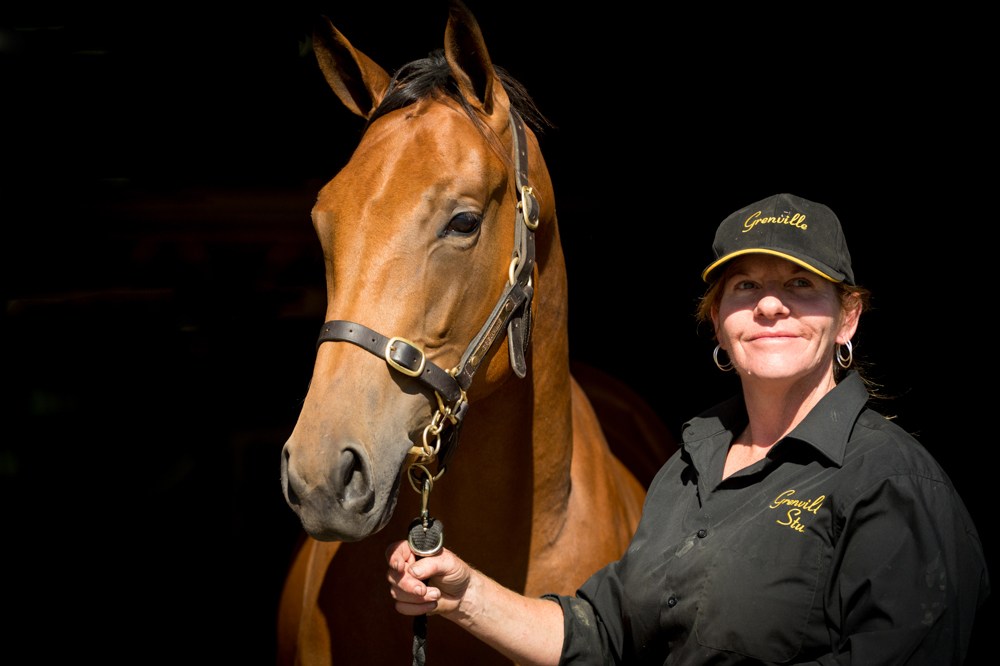