Grey filly Specialism has given Safeguard a winning start at stud with a brilliant debut win at Ascot.

The Paul Jordan-trained youngster crossed from an outside gate and was never seriously challenged in the Seppelt Wines Plate (1100m) on Saturday.  Stable jockey Craig Staples kept her focused in the final furlong to score by three-quarters of a length from Mia Dolce (Patronize) and Tinsnip (Snippetson).

Safeguard (Exceed And Excel) is off to a flyer covering alternate books at Mogumber Park and Oakland Park.  His first-ever starter Miss West Coast was runner-up in the Initial Plate at Belmont on October 6.

“She’s really good,” Jordan said after producing another early-season juvenile winner for Lima Racing.  “The secret is not to get them in too early.  This filly has only been training for six weeks and she’s still learning.  I thought she could win and would have been even more confident with an inside draw.”

Jordan won an Ascot nursery with her dam Clarecastle (Tribu) and she also claimed close seconds in the Magic Millions Perth Classic and G3 Champion Fillies.  The mare is based at Mogumber Park in Bullsbrook with owners Colin Brown and Fiona Lacey and her record is a perfect five winners from five foals.

Brown, who is Chairman of Perth Racing, reports Clarecastle delivered a War Chant filly in August and is back in foal to Safeguard.

“Safeguard could stand at any stud around the country,” Brown said shorty after he arrived at Bullsbrook. “He’s a stallion that can shape the WA breeding industry into the future.” 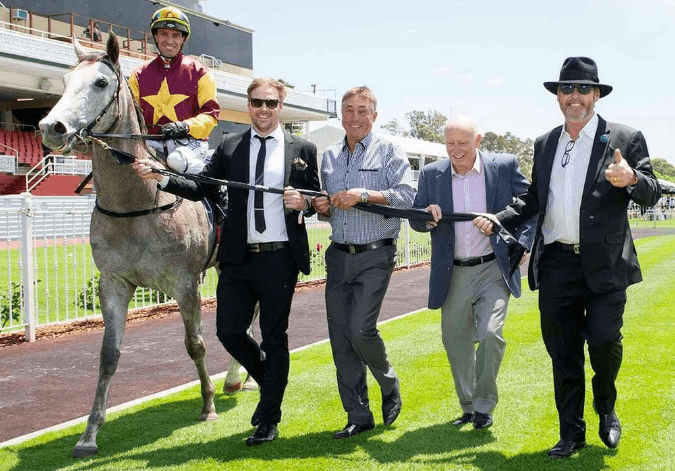