Honest 7yo gelding Malibu Style had plenty of support in the betting ring in Saturday’s Listed Doveton Stakes (1000m) at Sandown and he sent punters home smiling when fighting off Bons Away to record his third stakes success.

Ridden by Ben Thomson for West Australia trainer Neville Parham, Malibu Style defeated Bons Away by a neck, with another short-head to I’ll Have A Bit.

A winner at Flemington in June, the son of Magnus had not won a stakes race since the Listed Bel Esprit Stakes (1100m) at Caulfield in April last year.

In Melbourne this week, TBV reported Malibu Style made his first 26 starts in the west and he will return home to contest the Group 1 Winterbottom Stakes at Ascot.  “He’s booked on the plane to go back to Perth tomorrow night for the Winterbottom,” Parnham’s travelling foreman Mark Sestich said.

“I think probably the Winterbottom is a little bit hard for him but in the form he’s in he’s probably a good chance in it.  I’m not sure. I’ll have to speak to the boss later.  It will be up to Neville whether he wants to take him or not or leave him here.”

A descendant of one of Western Australia’s most revered families, the son of Magnus was a $40,000 purchase by his trainer from the Bowness Stud draft at the 2013 Inglis Classic Yearling sale.

He is the third foal of the unraced Fusaichi Pegasus mare Origami whose dam Born Western (Best Western) was one of four stakes winners out of the grand broodmare Rich Haul (Haulpak).

Bowness sold Origami for just $8,000 to Premium Bloodstock Services at the 2014 Easter Broodmare sale.  The Duporth filly she was carrying was sold for $30,000 at the 2016 Magic Millions Perth Yearling sale.  Origami died in February last year.  Her final foal is a 2yo filly by Gingerbread Man. 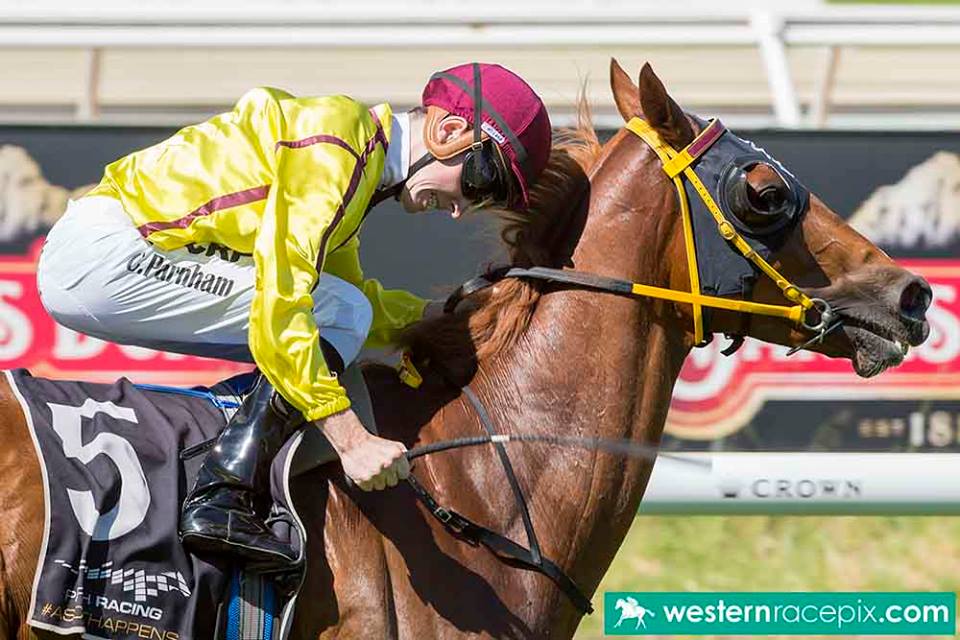