War Chant (USA) filly Dance Music filled the bridle from the start before scooting clear for a dominant victory in the LR Placid Ark Stakes (1200m) at Ascot.

Visiting Victorian jockey Ben Allen said the result was never in doubt. “She’s very smart and I was able to use her up early. We had a cosy run in front and I liked the way she put them away in the straight.”

Trainer Simon Miller was confident Dance Music would give him a fifth Placid Ark success on Saturday. He also prepares runner-up Shapita (Foxwedge).

“It’s a dream result. They’re two valuable fillies going places. It’s so important to get that black-type. The winner could be anything – she’s doing all this off one prep.”

Dance Music is the 40th stakes winner by Danzig sire War Chant. A Group 1 winner of the 2000 Breeders’ Cup Mile, he began shuttling from Three Chimneys Farm in Kentucky to Yarradale Stud in 2011 and made a permanent move in 2014.

The Placid Ark winner is a homebred for Neven Botica and Matthew Sandblom. Her dam Fast Flowing (Dubawi) won at Ascot and second-dam Deutsche (Quest for Fame) is a Sydney-winning sister to The Rhine (LR Debutant Stakes).

War Chant has top-class mare Dainty Tess prepping for her grand-final in the G1 Winterbottom Stakes next Saturday, December 1. She is currently quoted at $13.

Yarradale Stud has 11 of the 13 War Chant yearlings catalogued for the Perth Magic Millions in February and among them is the full-brother to Dainty Tess (Lot 24). 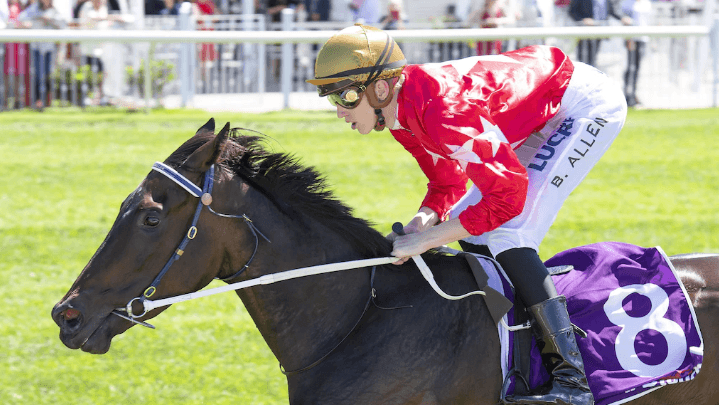