Black Heart Bart flew the flag for WA at the Ballarat Cup meeting on Saturday and two WA breeders chimed in with support-race winners Nariko and Khartoum.

On a day when Darren Weir claimed a second Ballarat Cup, his five-time Group 1 winner Black Heart Bart (Blackfriars) led the runners out for the Magic Millions Classics. He’s not long retired after 16 wins in Perth, Melbourne and Adelaide for almost $4 million in prizemoney.

“I’m very grateful to Kim Renner for the opportunity to train such an outstanding horse,” Weir said. “He was loved by everyone at home and will live out his days at Trevenson Park with our Melbourne Cup winner Prince of Penzance.”

Nariko (Not A Single Doubt) opened the meeting with an on-pace victory in the Hertz Ballarat (1200m) for trainer Mick Price and a syndicate that includes his racing manager Luke Wilkinson and Aquis Farm.

She was bred by Owen Lindsay of the Silver Sands Tavern in Mandurah and sold for $45,000 through the Alwyn Park consignment to the 2016 Perth Magic Millions. She’s the final foal of Distant Thunder (Distant Music) who is a half-sister to LR Aquanita Stakes winner Magic Aces (Dr Johnson).

“That’s her third win from seven runs this prep,” Wilkinson said. “Mick keeps her fresh and she’s an easy one to train. I have to thank Clint Donovan from Magic Millions. I couldn’t get across to Perth and asked him to look at few horses for me. He picked her out and she’s turned into a real bargain.”

Yallingup breeder Trevor Delroy won the Champions Estate Hcp (2300m) with Khartoum and the Helenus gelding will now be set for the LR Pakenham Cup on Saturday, December 8.

“It was nice to see this horse come back to form today,” trainer Pat Carey said. “He was well in at the weights and it was a good ride by Fred Kersley. He ran second in last year’s Pakenham Cup so why shouldn’t we go that way again?”

Carey and Delroy have combined to win Group 1 races in Sydney with the Helenus stayers Cedarberg (BMW Stakes) and Ethiopia (Australian Derby). 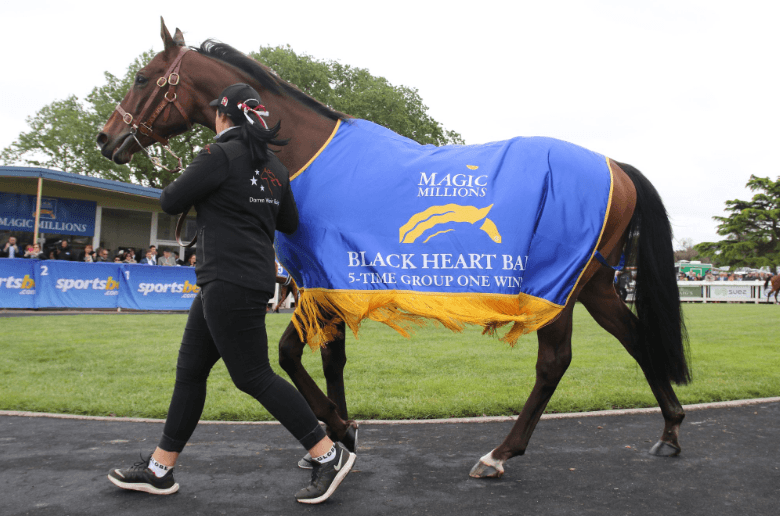