Steve Wolfe is in for a hectic afternoon with 17 horses entered for the opening meeting of the season at Albany this Sunday.

A winning start at Spencer Park will be a confidence-booster ahead of the G2 WA Guineas (1600m) at Ascot on Saturday week when Wolfe saddles up stable star Lordhelpmerun. His Playing God 3yo firmed into $8.50 for the $500,000 classic following a ripper run in the LR Fairetha Stakes.

“We were thrilled to see Lordhelpmerun bounce back to form last weekend,” he said. “And it’s exciting to be back at Albany. Fingers crossed for some positive results.”

Wolfe has won 21 Great Southern premierships and has accepted with Jester Ferrari, Captivated Point & Mongolian Warlord for the TABTouch Regional Championship Series (1230m) on Sunday. The first four home will qualify for the $100,000 Final at Ascot on December 1.

Jester Ferrari (Testa Rossa) has a form-line that’s hard to fault. Bred by Des De Largie, his recent York win was sandwiched between seconds to Neurological at Northam.

Captivated Point (Demerit) was a $52,500 buy for Commercial Bloodstock at the 2014 Perth Magic Millions. He is expected to improve off a first-up fourth to Tango Ora at Mt Barker.

Mongolian Warlord (War Chant) has a poor first-up record but owns an exceptional strike-rate at Albany with 4 wins and 4 seconds in 9 starts.  Wolfe races him in partnership with Ron Sayers.

Lordhelpmerun has pulled up really well following a fast-finishing second to The Velvet King in the Fairetha. “I just hope all goes well from here,” Wolfe said.  “He’s a genuine miler and is right in the WA Guineas.

“We found a couple of niggling things with him after that failure in the Belgravia. It was pretty nerve-racking because if he didn’t bounce back, he was off to the paddock.”

Mungrup Stud sire Playing God also has his first-crop colt Platoon priced at $8.50 for the WA Guineas. He motored home from last on the corner to finish fifth in the Fairetha.

“I wouldn’t swap him for anything else in the race – he’s fit and will be spot on,” trainer Neville Parnham said. “With a bit of luck at the barrier draw, I’m confident he will be in the finish.”

Platoon was bred and sold by Mungrup for $26,000 at the 2017 Perth Magic Millions. He is raced by a partnership that includes Parnham and Colin Loxton who campaigned Playing God to win the G2 WA Guineas – G1 Kingston Town Classic double in 2010. 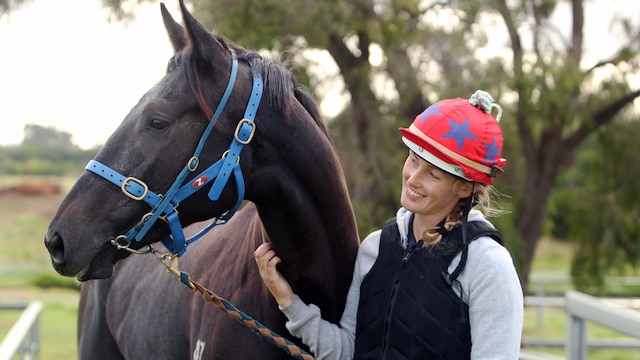