Father Knick took advantage of an inside run to railroad an invited field for the Road To Ascot Regional Championship (1200m) on Saturday.

Coming off a Northam placing last month, he turned the tables on Fine Scent after being driven through a gap near the fence in the straight.  “I was praying for a split and, when it came, he really hit the line,” jockey Joe Azzopardi said.  “He was knocking on the door after his last start.”

Father Knick (4g Blackfriars – Frilly Knickers by Dauberval) completed a hat-trick at Belmont this time last season and the latest strike improved his record to 5 wins in 13 starts for prizemoney of $114,355.

“I was a bit worried sweating for a run,” part-owner and trainer Dan Pearce admitted.  “His effort at Northam was super on a day when they struggled to make ground.  He went amiss earlier this year so we sent him straight out for a spell.  He’s come back great and is in for a good prep.”

His dam Frilly Knickers is a half-sister to Mansion House, one of the early stakes-winners by Blackfriars in the 2006 Sir Ernest Lee-Steere Classic.  Her final foal Dash For Knickers (Dash For Cash) will be favoured to break her maiden at Northam this Thursday, December 6.

Father Knick was bred and sold by Scenic Lodge and there’s another 12 yearlings by Blackfriars from the Muchea nursery at the Perth Magic Millions in February.  First to parade is the half-brother to LR Boulder Cup winner Red Blast (Lot 25).  He’s also a full-brother to stakes-performed mare Elegant Blast who earned $400,000. 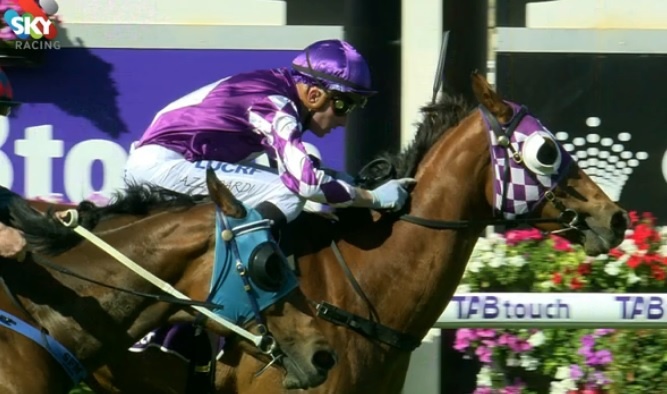