The G1 Hong Kong Derby is high on the horizon for Dark Dream after the All American import took his rivals apart at Sha Tin on Sunday.

Racing second-up after a G1 Queensland Derby triumph in June, he charged through a gap in the straight for a four-length victory in the Long Ke Hcp (2000m). It laid down a very persuasive early marker for the classic in March.

“I was blown away by that effort,” trainer Frankie Lor said. “I hope we have the Derby winner – we’ve got a chance – and I don’t mind if he’s the favourite or not.

“Silvestre (de Sousa) was second last at the turn and he stayed on the inside instead of the outer where the track should be better. Maybe the horse likes it a little bit softer.”

Dark Dream’s first Group 1 assignment in Hong Kong will be the Classic Mile on January 27. “He clearly wants it longer,” Lor added. “Going back to 1600m might be a little bit short but I need to try.”

“He handled everything very well but, at the same time, he’s still a bit green. He got to the front and started looking around. He’s just immature and is getting to know the place.

“Zac (Purton) will probably ask for the ride back but I would love to keep it,” De Sousa admitted. “He was very impressive today.”

Geisel Park Stud stands All American and his first WA-bred yearlings have been catalogued for the Perth Magic Millions in February. Dark Dream’s dam Buchanan Girl has also been tested in foal this season off an October cover to All American.

All American sired another smart one on Sunday when Texas Storm won first-up at his home track for Taree trainer Bob Milligan. And on Boxing Day, his Kiwi filly Tiger Silk will continue her campaign towards the G1 NZ Oaks at Ellerslie.

Tiger Silk has been entered for the LR Uncle Remus Stakes by part-owner and trainer Richard Collett. The NZ Oaks is scheduled for March 16 – a day before the Hong Kong Derby. 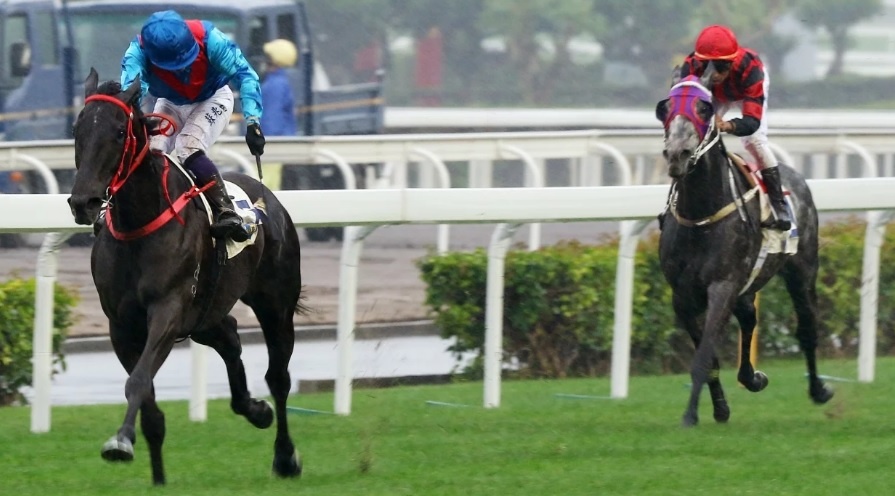