War Chant (USA) sired another feature winner from his penultimate crop in Kentucky when Goldberry landed the Holiday Inaugural Stakes (1200m) at Turfway Park on Saturday.

“We tried something new with her today,” trainer Marco Castaneda said. “We made a mistake chasing the speed last time at Churchill Downs. So we took her back just a little bit, got her to relax, and she responded pretty good. I think she can go longer, too.”

Goldberry (4f War Chant – Gush by Empire Maker) has won 5 of her 10 starts for owner Karen Schaeffer. She was bred by the Niarchos family’s Flaxman Holdings and is from a half-sister to Norman Invader, a Group 3 winner at the Curragh by War Chant.

The Turfway Park result will appear as black-type in catalogues but won’t be given stakes status.  All Listed races in North America must have a minimum purse of $75,000.

His 5yo star Dainty Tess disappointed in the G1 Winterbottom Stakes on Saturday. Paul Harvey reported there was a bit too much pressure for the mare who jumped as well as anything from the gates. Allowed to drift back to tail of the field, she cornered alongside Voodoo Lad but was no match for the visitor’s winning sprint in the straight.

There are 13 War Chants at the Perth Magic Millions in February and among Yarradale clients with entries are Alan Morton (Queenslea Park) and Eva Highley (Willow Dale Farm). 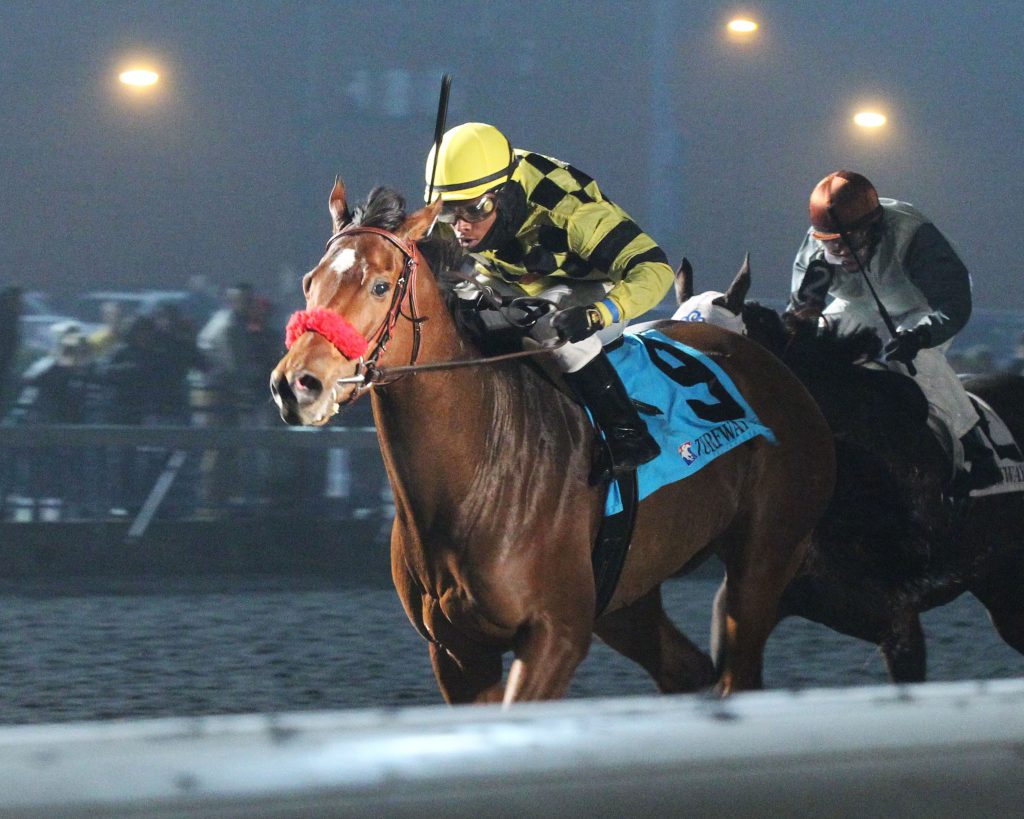