Oakland Park owners Neville and Susan Duncan should get away more often if it means winning more races in Perth.

The south-west couple return later this week from an overseas trip that included a visit to the Arqana December Sale in France with Belmont Bloodstock (FBAA) agent Damon Gabbedy.

They bought Canndiya (Fr) from the Aga Khan and defrayed the purchase price with the Ascot wins of Cappo D’Oro (LR Towton Cup) and Beethoven (Heineken Plate).

Beethoven made his debut a winning one on Saturday after tracking the leaders into the straight.  A good-looking chestnut with a big white blaze, he reeled in Rubick Rose and dived right on the line to score by a short-head.

“He’s a beautiful horse and a real professional,” trainer Dan Morton said.  “He’s the first of our two year-olds to race and all credit to the team at Oakland Park – he was very well-educated and that stood him in good stead today.

“I’ve liked him from the get-go.  He trialled over 400m at Belmont on Monday and had a good week so we let him go around.”

Beethoven (2g Helmet – Molto Allegro by Fast ‘N’ Famous) comes from a very successful juvenile family nurtured by the Duncans.  His dam is an Ascot-winning half-sister to Jukebox who won last year’s RL Inglis Premier and G3 Vain Stakes at Caulfield before joining the roster at Aquis Farm in the Hunter Valley.

Second dam Jestatune won a LR Gimcrack Stakes at Ascot and is a half-sister to Oakland Park’s 2014 WA Horse of the Year Ihtsahymn.

Oakland Park’s Arqana Sale filly Canndiya cost €50,000 (AUD 78,720).  She is by the Aga Khan’s champion racehorse and sire Sinndar and is a half-sister to the French stakes winners Candarliya (Longchamp), Canessar (Chantilly) and Canndera (Saint-Cloud). 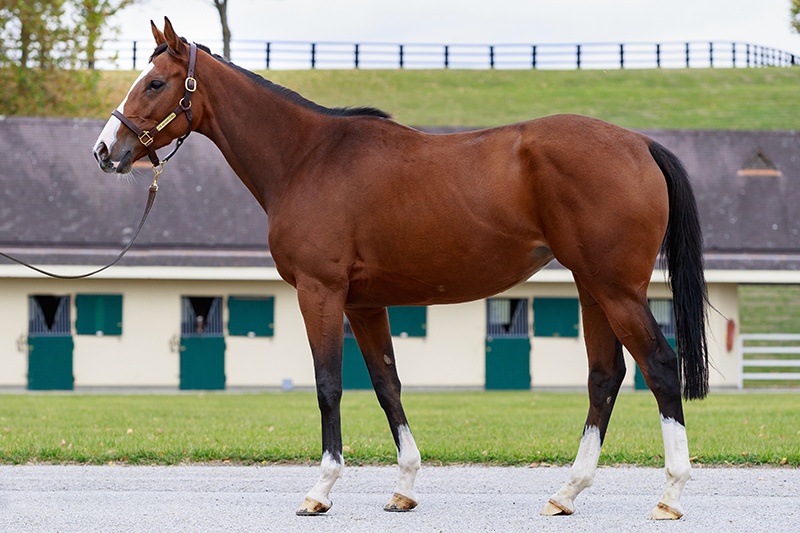