Oakland Park has its yearlings turning the corner for Perth’s Magic Millions and for an encore there’s a well-related Street Boss filly at the Inglis Melbourne Premier in March.

Ducimus made $700,000 to the bid of Team Hawkes and was straight out of the blocks winning the LR Talindert Stakes at Flemington before a close second in the G2 Pago Pago Stakes while never giving an inch at Rosehill.

Jukebox repaid a $200,000 price-tag right away in the Inglis Premier at Caulfield and retuned as spring 3yo to claim the G3 Vain Stakes. He is currently covering an Aquis Farm book first-up in the Hunter Valley.

Their Street Boss – Riptide filly is a half-sister to NZ colt Crown Prosecutor who won the G3 Lucia Valentina Wellington Stakes (1600m) at Otaki on Friday. She has been catalogued as Lot 414 in the Blue Gum draft at Oaklands on Tuesday, March 5.

Crown Prosecutor (Medaglia D’Oro) had been placed in two of his three starts for trainer Stephen Marsh but showed significant improvement over a mile. “He’s a lovely type with a great physique,” stable manager Todd Pollard said after the front-running victory. “He has been a bit of a colt but we won’t geld him now.”

Belmont Bloodstock (FBAA) agent Damon Gabbedy bought their dam Riptide (Exceed And Excel) for $150,000 on behalf of the Duncans at the 2017 Magic Millions National Sale. She was carrying the Street Boss filly and foaled a colt by Darley shuttler Frosted in October. 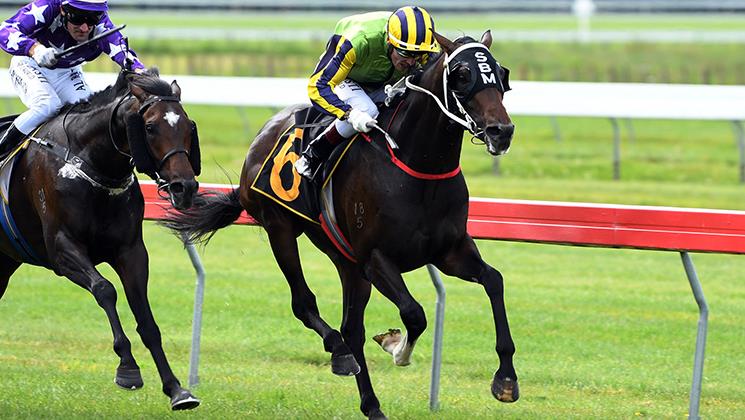