Darren Weir and John Allen are going better than any other trainer-jockey combination in Australia this season and they made headlines at the spring carnival with 3yo colts Extra Brut (G1 Victoria Derby) and Ringerdingding (G2 Sandown Guineas).

Verry Elleegant (G3 Ethereal Stakes) was their leading 3yo filly and there are several others ready to step up including Snippetson’s promising winner Queen La Diva.

“She’s on an upward curve and will be winning much better races down the line,” Allen said after the Ladbrokes Hcp (1600m) at Sandown on Wednesday.  “She took a while to hit top gear but extended and powered through the line.”

Still in her first prep, Queen La Diva had broken her maiden over a mile at Bendigo last month for Weir who owns a share in a partnership put together by Leigh Winwood.  She cost them a record-breaking $160,000 at the 2017 Tasmanian Magic Millions.

“She really impresses me,” Allen added.  “They rolled along and I was confident she would round them up with such a long straight at Sandown.”

Queen La Diva (3f Snippetson – Flying Diva by Flying Spur) is a full-sister to Kenjorwood who won 10 races and $720,000 for Winwood.  His best for Weir was the 2016 Lord Stakes at Caulfield.

The Snippetson cross with Danehill-line mares has generated numerous other stakes performers like Vergara (G3 Epona Stakes) and That’s The One (G3 C S Hayes Stakes). 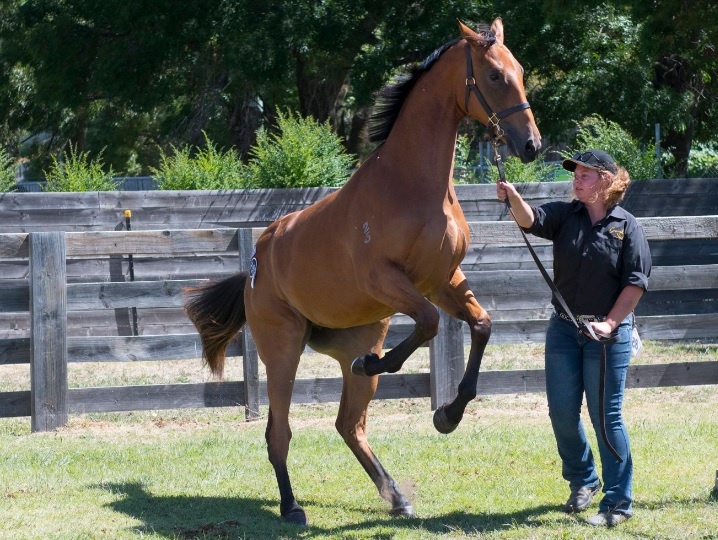