Trainer Trevor Andrews is in pole position to win another WA Magic Millions 2YO Classic with his latest star Miss West Coast.

The Safeguard filly will be favoured for the $250,000 feature at Pinjarra on February 9 after giving weight and a beating to a smart field of youngsters at Ascot on Saturday.

Sent straight to the front by Jarrad Noske, she only needed a slap or two in the straight to score by a half-length from Red Can Man (Gingerbread Man).  “I told Jarrad to ride her positively,” Andrews said.  “The turnaround in weights for the Magic Millions is significant.  She will carry 54.5kg and the colts 56.5kg.”

Miss West Coast was the most expensive first-crop yearling by Safeguard at the 2018 Perth Magic Millions and she has already repaid a $145,000 price-tag for owners Robin and Gail Humberston.  The Aglink Plate (1100m) was her second win in a row and bumped her bank balance to $181,600 which includes Westspeed bonuses of $85,000.

Andrews knows what’s required to win a Magic Millions 2YO Classic and he kept Miss West Coast ticking over with a few maintenance gallops after her previous win on January 5.  She will be gunning for his fifth victory in the race following Ravinia (2006), Time To Climb (2010), Lucky Street (2015) and The River (2016).

Saturday’s win came shortly after it was announced Safeguard will stand permanently at Mogumber Park.  He had been alternating between the Bullsbrook nursery and Oakland Park in the south-west before prominent owner Santo Guagliardo purchased a 50% share in the stakes winning son of Exceed And Excel. 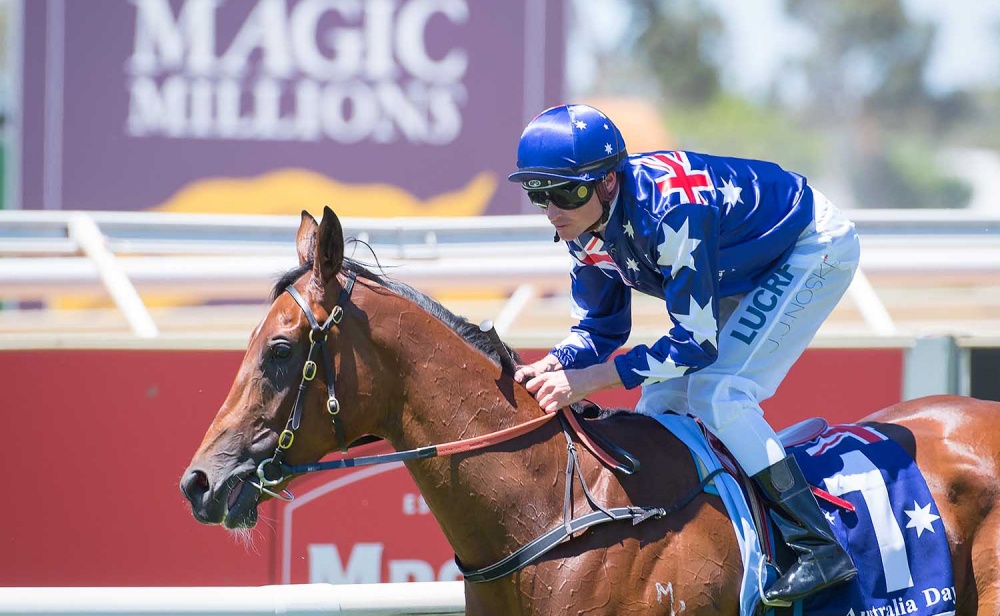