A Snip Of Cyndy has repaid months of rehab and the faith of trainer Richard Butler to win the $75,000 TAB Highway Hcp (1400m) at Rosehill.

Saturday’s victory was the first trip to town for A Snip Of Cyndy and she looked right at home with an explosive finish from well back in the field.  “This mare has got a heart and a brain,” Butler said.  “It’s pretty emotional.  To see her do that is one of the most rewarding things about working with horses.”

The daughter of Scenic Lodge sire Snippetson had won a Kembla Grange maiden when trained locally but didn’t progress as a three year-old.  “She was hard to handle and they didn’t know why,” Butler recalled.  “And it wasn’t as if she wasn’t any good.

“When I first got her, I didn’t realise she was sore but I worked it out and it was a case of taking her to the beach every day and treating the leg.”

Butler is based at Nowra and it took a year to bring her back.  “Now when we go to the beach, she wants to roll straight away because she feels so good.  I only have six in work and couldn’t count the hours that went into getting her right.”

A Snip Of Cyndy’s dam Cyndiana Star (Johannesburg) won at Flemington for Gary Portelli and she is a half-sister to Royal Commands who won a LR Ladies Day Vase at Caulfield for Barrie and Midge Griffiths.

Royal Commands (Commands) was subsequently sold to Darling View Thoroughbreds and her Sepoy filly was a $100,000 graduate from Western Breeders’ Alliance at the 2018 Perth Magic Millions.  Named Regal Poyse, she won a Belmont 2yo trial for Dan Morton in December.

Snippetson sired his first Scenic Lodge-conceived winner with Bubaroochy at Pinjarra on January 15 and the Muchea nursery has a Snippetson colt closely related to in-form Melbourne mare Crack The Code at the 2019 Perth Magic Millions.

Catalogued as Lot 208, he’s from a sister to the dam of last-start Moonee Valley winner Crack The Code who will be favoured to make it a running double in the Cape Grim Beef Plate (1100m) at Caulfield this Saturday. 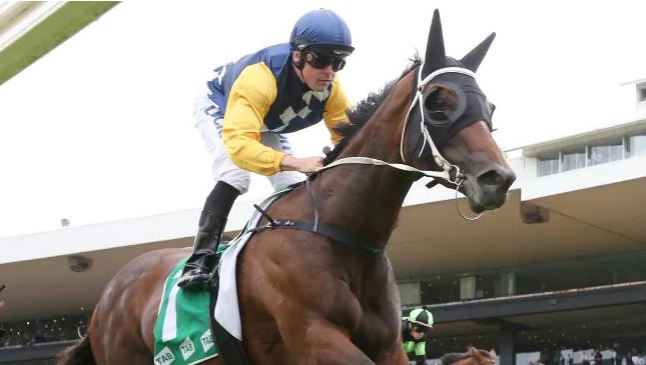 A SNIP OF CYNDY