All American star Elusive State will qualify for the Dubai World Cup meeting if he can land another win – his sixth in a row – next time out in Hong Kong.

Trainer Tony Millard is banking on another ratings boost to make the requisite level for the G2 Godolphin Mile (1600m) and G1 Dubai World Cup (2000m) at Meydan on March 30.

Elusive State (5g All American – Jarada by Redoute’s Choice) was an authoritative last-start winner of the Leighton Hcp (1650m) at Sha Tin. In one of the hottest All-Weather races of the season, he was forced to race wide under restraint before storming home for Silvestre de Sousa. 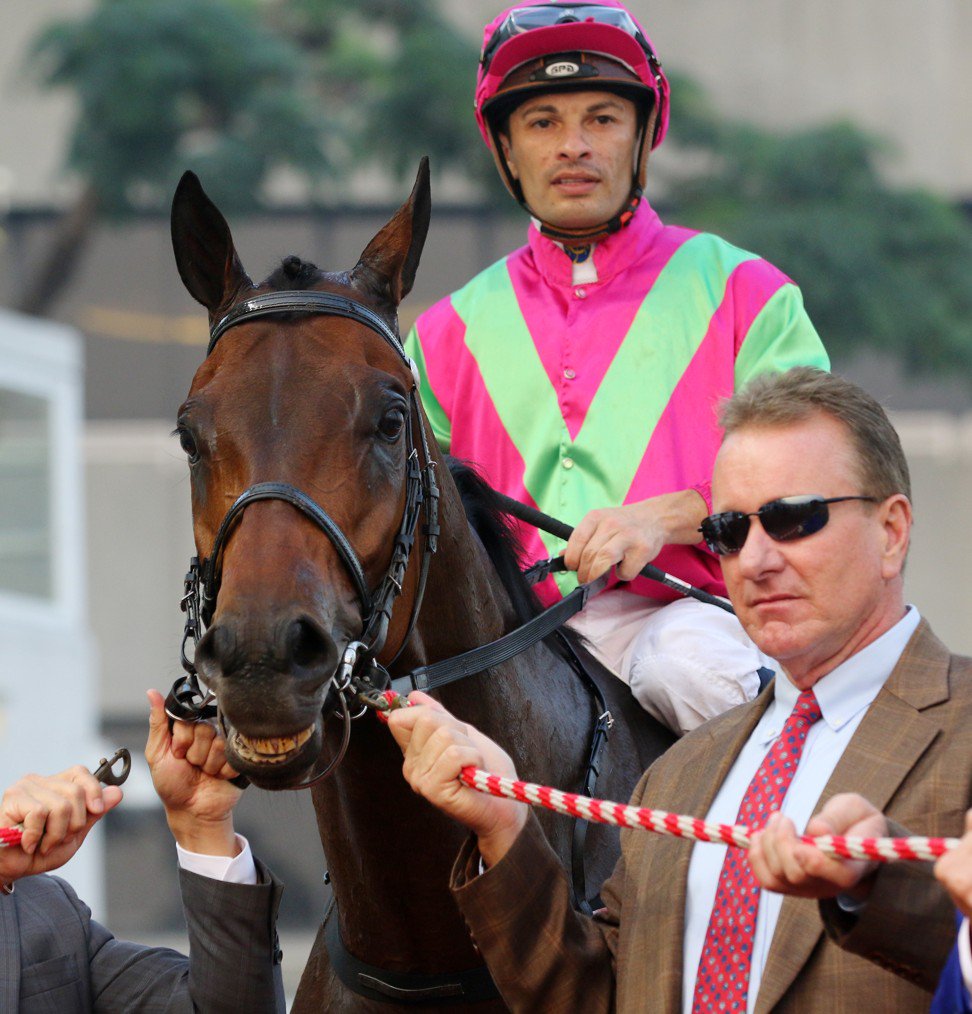 “He’s a very good horse and if he hadn’t run four wide the whole way he wins by twenty yards,” Millard claimed. “What we saw was a little bit special. He’s a late developer and a big animal.

Millard is aware the gelding needs to prove himself yet again and is hoping another high-quality contest is on the menu when officials finalize Hong Kong’s racing calendar for March.

“Lets be frank. Unless the Jockey Club come to the party and put on a race, we’re going nowhere,” Millard added. “There’s an invitation to South Korea but that’s it.”

Elusive State is the most improved All-Weather horse in Hong Kong and has put on 77 pounds since arriving in Millard’s yard from retired trainer Derek Cruz.

A $40,000 buy for Cruz at the 2015 Inglis Easter yearling sale, he is a half-brother to Absolut Excelencia (LR Gore Guineas) and won on debut at Te Rapa before transferring to Hong Kong.

Geisel Park sire All American also has Dark Dream on track for a Group 1 in the Classic Mile at Sha Tin on Sunday week, January 27. His long-range goal is the G1 Hong Kong Derby on March 17.

All American has 11 yearlings going under the hammer at the 2019 Perth Magic Millions. First to parade among his initial crop conceived at Geisel Park, following the withdrawal of Lot 9, is the colt from Corporate Cutie (Lot 28) on account of Misty Valley Thoroughbreds.