Jelviss is trained by Ben Currie and was making his debut in the XXXX Gold Maiden Plate (1100m).  After blowing the start, he skirted the rails under Nozi Tomizawato to defeat Emotive Mountain and Stryking Princess by more than a length.

“He’s a nice type and it was a good effort to miss the kick and then pick them up in the straight,” Currie said.  “I will set him for the good prizemoney in the sales race at Rockhampton in April.”

Jelviss (2c Hvasstan – Big Jet Plane by Jet Spur) is eligible for the Capricornia Yearling Sale 2YO Classic (1200m) at Callaghan Park on Saturday, April 13.  With bonuses added, it’s worth $155,000.

Currie prepares the newcomer for his mother Donna and owner-breeders Brian & Helen Gleeson.  He also trained Big Jet Plane to a hat-trick at Toowoomba in 2011-12.  Second-dam Ice Gold (Gilded Time) was a Canterbury winner for Gary Portelli and the family goes back to G1 Avondale Cup winner Coconut Ice (Icelandic).

Hvasstan (Fastnet Rock) was trained by Peter Gelagotis to win the G3 Norman Robinson Stakes at Caulfield and he was also fourth home in the G1 Australian Guineas and Victoria Derby.  His only other runner to date has been Bantu Bay who finished fifth at Rockhampton in November.

Following small books in his first three years in Queensland, he moved to Rivercrest Park in Western Australia last year to stand alongside God Has Spoken (Blackfriars).  They have been joined by Orbis Bloodstock stakes winner Ducimus (Snitzel) for 2019.

Rivercrest Park owner Steve Hoare can be contacted for further information on 0409 987 970 or rivercrestpark@bigpond.com 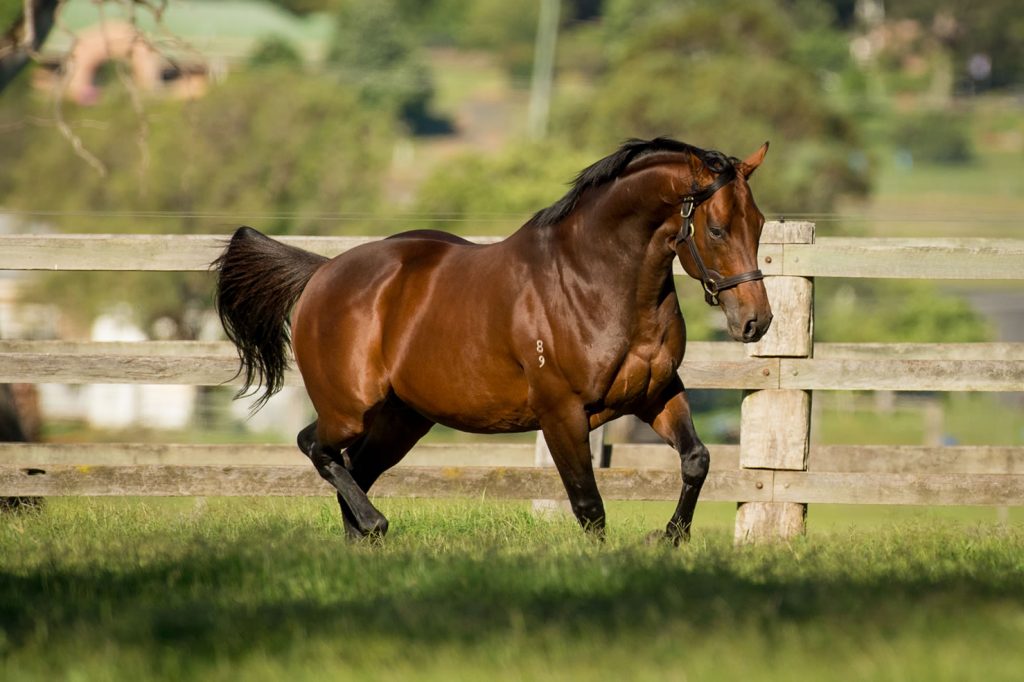