Wild Fusion took an early lead for the Western Racepix Great Southern Horse Of The Year title with a winning hat-trick in December.

Wild Fusion (4g Oratorio – La Mia Bella by Vital Equine) races for a Mungrup Stud-managed syndicate and is from an unraced half-sister to Belora (LR Boulder Cup). He had won at Toodyay and Pinjarra prior to a transfer at the start of this season.

Facing the starter for his first outing in Albany on November 18, he defeated former stablemate Tips And Scandals and then led home a quinella for Wolfe and Mungrup Stud’s champion sire Oratorio on November 30.

“He did a good job to lead, get headed and then fight back on the inside to make it two in a line,” Wolfe said following the narrow victory over Chasing Chaos. “It was a terrific initiative by Peter (Knuckey) to make a move forward mid-race.”

Wild Fusion is loving life in Albany according to Wolfe. “He’s turning out to be a great recruit and the owners are going to have lots more fun with this bloke.”

Mungrup Stud has his younger brother catalogued for the Perth Magic Millions in February. A cracking colt bay colt listed as Lot 72, he’s one of a dozen Oratorio yearlings drafted for the Swan Valley.

The Mungrup consignment received another update for the Magic Millions when Read the Riot Act broke his maiden at Albany on January 6. The Oratorio 3yo won the Bremer Bay Resort Plate for trainer Roy Rogers and his half-brother has been catalogued as Lot 261.

Their dam Petite Angel (Marooned) has already thrown G2 WA Guineas winner Clueless Angel. She is a sister to the dam of G1 Railway Stakes winner Elite Belle and Mississippi Delta who finished fourth in the G2 Perth Cup a day before Red The Riot Act saluted at Albany. 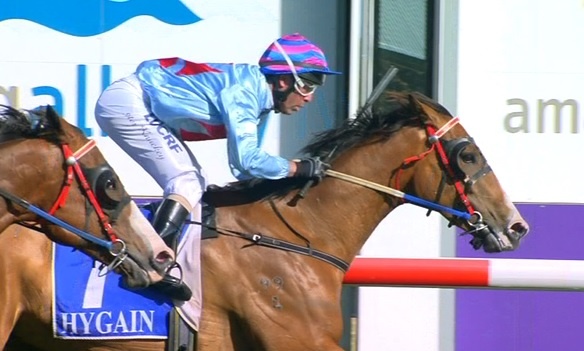