Western Australia played its part during a record-breaking Magic Millions Sale that grossed $182 million by the close of trade on Tuesday.

And the 86% clearance rate at the Gold Coast was a very encouraging statistic for the industry ahead of the 2019 yearling sale season.

Successful owner-breeders Keith Biggs and Rod Russell topped WA vendors with $1 million for the I Am Invincible – Rose Of Choice filly (Lot 72) sold through Yarraman Park’s draft to Yulong Investments.  Biggs has nurtured the family for four generations – Rose Of Choice (Choisir) won a LR Jungle Dawn Classic in 2013 sporting his blue and pink hooped silks.

“She is a very forward, mature filly, probably as good a sprinting type filly that I’ve seen by I Am Invincible,” Yarraman’s Harry Mitchell said.  “He is an expensive stallion now and the very, very good ones make a bit more than you expect.”

Gold Front Thoroughbreds sold a Fastnet Rock sister its Group 1 winner Awesome Rock for $320,000 to Grant Bloodstock.  She was entered as Lot 375 through Newgate Farm’s consignment and followed the same path that saw Alan and Sue Olive sell Awesome Rock for $575,000 at the 2013 Magic Millions.

An earlier Written Tycoon filly from Ascot stakes winner Rosie Rocket (Lot 77) will head back to Perth after being purchased by Dan Morton for $120,000.  The dam is a young Blackfriars mare who won a LR Starstruck Classic and LR La Trice Classic as well as earning a Group 1 third in Mr Moet’s Railway Stakes.

Dawson’s Hinchinbrook half-brother to C’Est Davinchi (Lot 848) found a Singapore buyer for $280,000.  Team Hawkes had helped update his page preparing C’Est Davinchi (All Too Hard) to a running double at Canterbury in November.

Balmoral Park owner Neil Irvine is enjoying a winning run with his Rapid Equine stable and there was a bonus on the Gold Coast when he sold a Written Tycoon – Rock My Pago filly (Lot 70) for $240,000 to Kelly Schweida.

Breeders who booked into Written Tycoon for $49,500 in 2016 would have been pleased to see his fee more than double within two years.

Ben Duncan sold colts by Dundeel (Lot 193) and Nicconi (Lot 611) for a total of $220,000 through the Rushton Park consignment of former WA couple David and Kayley Johnson.

The Dundeel was purchased by Star Thoroughbreds and is a half-brother to Meliora (G2 Angus Armanasco Stakes) and Whypeeo (LR Gold Edition Plate).  The Nicconi is a great moving, well-proportioned colt who will go early and he was purchased by Queensland-based LB Racing. 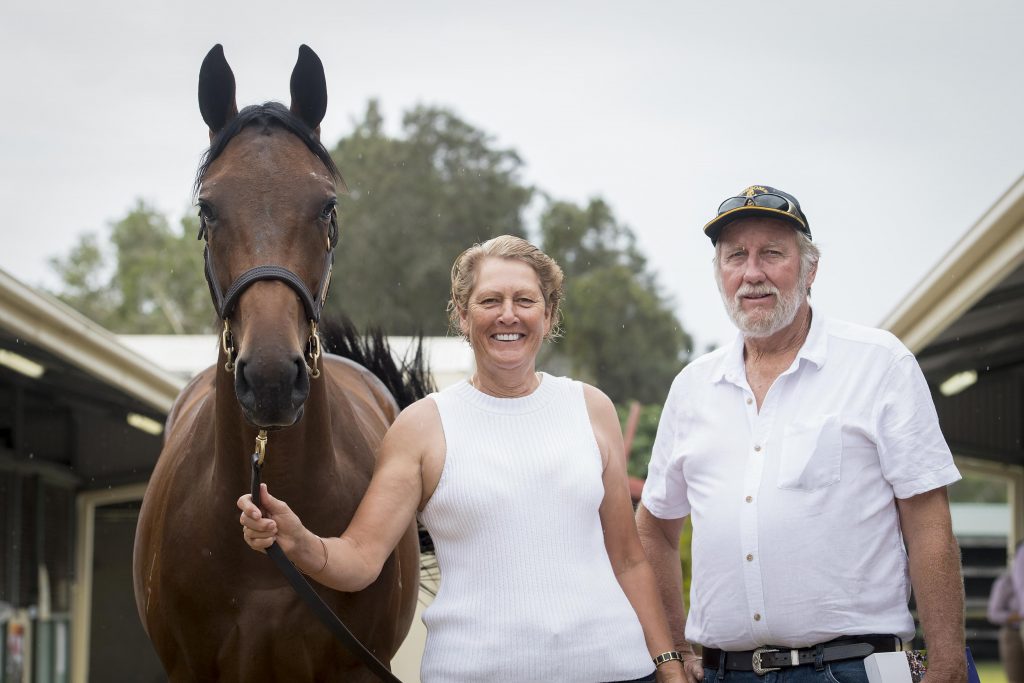