Neurological posted his latest feature win with a minimum of fuss in the $100,000 Batavia Sprint (1300m) at Geraldton on Tuesday.

The Gingerbread Man gelding has been perfectly placed by trainer Martin Allen and that’s reflected in a 50% winning strike-rate. He was given the run of the race by Willie Pike before accelerating to a comfortable victory over local galloper River Dance (Snitzel).

Neurological won three in a row at Northam earlier this season and Geraldton’s signature sprint fulfilled another hat-trick following victories at Ascot and the Fitzpatrick Plate at Albany.

“I’ve always had a big opinion of him and now he’s putting it all together,” Allen said. “The next two starts will tell us whether he’s an Ascot carnival horse.”

“I didn’t think he would get so many runs in this prep but he’s an easy horse to train,” Allen added. “He could have been unbeaten this prep and I reckon he can match it with better class horses.”

Allen bought him for $20,000 out of Yarradale Stud’s draft to the 2016 Perth Magic Millions for a syndicate that includes Ron Sayers and Brian Officer. Tuesday’s prizemoney sent his earnings past $200,000.

Sayers bred his dam First Game in partnership with Swettenham Stud’s Adam Sangster and raced her to a Northam win with trainer Vern Brockman. She has a yearling filly by City Place and was bred back to Gingerbread Man in November.

Gingerbread Man stands at Yarradale Stud and has a dozen yearlings going under the hammer at the Perth Magic Millions next month starting with the filly from Keeper Quiet (Lot 71). Her older half-brother Diamond Rhyme can update the pedigree in Hong Kong this Saturday.

Diamond Rhyme (Scandal Keeper) put the writing on the wall when runner-up at Sha Tin last month. He won the 2016 Crystal Slipper at Ascot when racing as Keeper Keen. 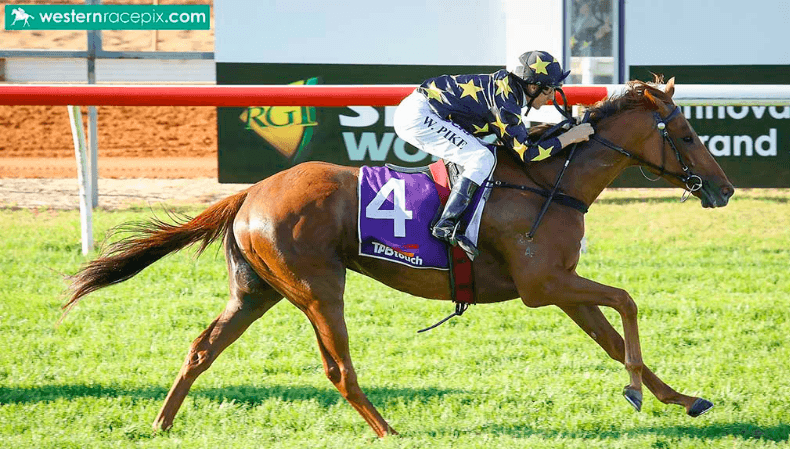