Yarradale Stud graduate Nimble maintained his unbeaten record in Singapore with a gutsy win in the Sharel Charity Cup (1200m) on Sunday.

Nimble won a Pinjarra maiden under his original name of The Shoe before being purchased by MMW Stable last year. He has now won three in a row at Kranji for earnings of AUD 120,330.

Settled back in field from a wide alley, he launched a three-wide run approaching the home turn and gathered in the leaders despite lugging in down the straight. Jockey Michael Rodd changed the whip to the left hand and got him home by a short-head from NZ-bred sprinter Safeer.

“We were caught deep in an awkward spot,” Rodd reported. “He’s a big, casual horse and I had to give him one around the tail. He will improve from that run and he definitely has upsides.”

Nimble (4g Patronize – Grand Oscar by Grandera) was bred by Yarradale manager Bernie Hamill and is from a Perth-winning half-sister to Cation (LR R S Crawford Quality). He sold for $38,000 through Yarradale’s consignment to the 2016 Perth Magic Millions.

Grand Oscar has a 2yo filly named Chloyo (City Place) and her final foal is a yearling colt by Demerit.

“Three out of three ain’t bad at all,” trainer Leticia Dragon said. “I’m really pleased with that performance especially as he had to do it tough from a wide barrier. I will probably give him another start over 1200m on turf next start.” 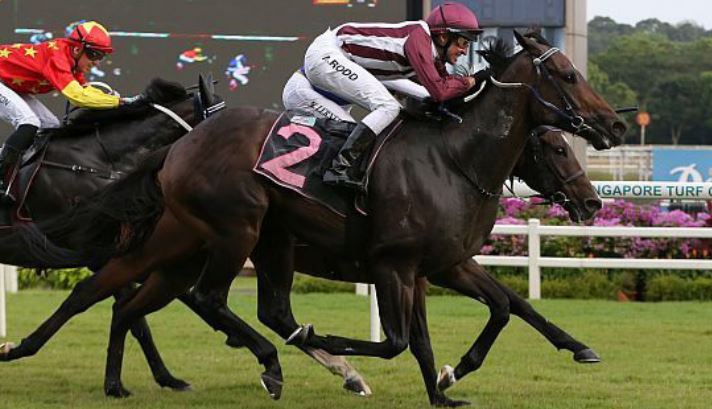