Safeguard will increase his lead on the WA 2YO sires’ premiership if Miss West Coast maintains her winning run towards the $250,000 Magic Millions WA Classic at Pinjarra on February 9.

Standing alternate seasons at Mogumber Park and Oakland Park, he has banked $299,000 to establish an early margin over closest rivals Alfred Nobel ($78,100) and Snippetson ($70,700).

Grey filly Specialism launched his stud career with a running double at Ascot prior to Miss West Coast’s impressive first-up victory in the Crown Perth Plate (1000m) on January 5.

“She over-raced and did a fair bit wrong today but she was fresh and that will bring her back to earth,” trainer Trevor Andrews explained.  “She will keep improving over more ground with that run under her belt.”

Andrews indicated Miss West Coast will have one more start before the Magic Millions in an 1100m juvenile at Ascot on January 26.  She has earned $55,300 and is currently second on the qualifying list for the $250,000 Classic behind Jericho Missile ($59,000).

The Magic Millions is a RL race and connections will chase more back-type leading up to the G2 Karrakatta Plate on April 6.  Among those targets will be the LR Supremacy Stakes and G3 Gimcrack Stakes in March.

“We paid good money for this filly at the Magic Millions so to add some black-type would be really good,” Andrews added.  “She’s the only Safeguard I have in the stable but the talk around town is that everyone is happy with them.”

American Joy (Americain) provided another update for Mogumber Park with a running double at Ascot and Pinjarra on either side of Xmas-New Year.  She was bred and sold by the Bullsbrook nursery for $35,000 at the 2015 Magic Millions National Weanling Sale and has won 4 times in 17 starts for Peters Investments.  Her half-brother by Toorak Toff has been catalogued as Lot 94 for the Perth Magic Millions by Western Breeders Alliance. 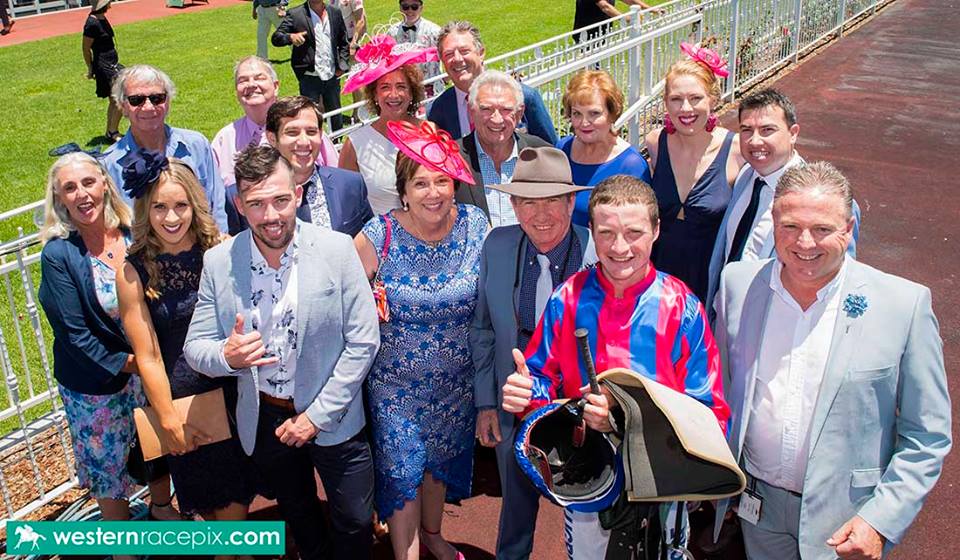