Orbis Bloodstock has announced its Snitzel 2yo stakes winner Ducimus will cover his first book at Rivercrest Park Stud in Western Australia this year.

The news comes just days after Snitzel landed the Magic Millions 2YO Classic with Exhilarates.  Australia’s reigning champion sire has banked $16.11 million in prizemoney this season and will be favoured to defend his title with a growing margin to second-placed I Am Invincible ($9.52 million).

Ducimus created a milestone for Snitzel and a black-type first for Orbis Bloodstock when he won the LR Talindert Stakes (1100m) at Flemington in February 2017.

He was the 50th individual stakes winner by Snitzel and that total had increased to 87 by the time Exhilarates blitzed a red-hot field at the Gold Coast on Saturday.

Ducimus was a star turn from the outset with Team Hawkes forced to bid a sale-high $700,000 at the 2016 Inglis Melbourne Premier on behalf of Orbis Bloodstock owner Little Kwok Hing Hung.

He was ready to roll as a summer juvenile and opened his account on debut at Ballarat.  Sent straight to the front by Noel Callow, he was a couple of classes above them in the Bartlett 2YO Plate (1100m).

Elevated straight to the LR Talindert Stakes (1100m) at Flemington, he was still too good against much tougher opposition after firming from $9 into $4.60 favouritism.  “He’s still a baby and it’s always very tough for a 2yo first time down the straight,” Wayne Hawkes said.  “I know there’s a Blue Diamond next week but there will be something else for him down the track.  We will let the horse do the talking.”

Connections decided to roll the dice in Sydney for the G2 Pago Pago Stakes at Rosehill.  He was joined in front by Single Bullet and they broke clear for a two-horse war with the winner guaranteed a spot in the Golden Slipper a week later.

Single Bullet edged ahead to score by a short-neck but Ducimus battled back strongly for a very good second.  “He ran really well and has got huge potential,” replacement rider Blake Shinn said.  “The first time this way and a little bit of inexperience cost him today.”

Snitzel colt Time For War won the 2014 Pago Pago but his stud career was cut short after two books in the Hunter Valley.  His unbeaten first-crop colt Time to Reign on the third-line of betting at $15 for this year’s Golden Slipper.

Team Hawkes filly Estijaab won last year’s Golden Slipper which propelled Snitzel to the Australian 2YO title as well at the overall Australian premiership.  And his son Sizzling finishing third on the freshman ladder behind Zoustar and Spirit of Boom.

He has five lines of Northern Dancer (Nearctic) in his background, two coming via Danehill and there’s no fewer than seven crosses of celebrated mare Natalma (Native Dancer).

Ducimus will stand for an introductory service fee of $2,750 (inc GST) alongside Hvasstan and God Has Spoken at Rivercrest Park in the south-west of WA at Stratham.  There are discounts for black-type mares and black-type producers plus limited Lifetime Breeding Right are also available.

Rivercrest Park owner Steve Hoare can be contacted for further information on 0409 987 970 or rivercrestpark@bigpond.com 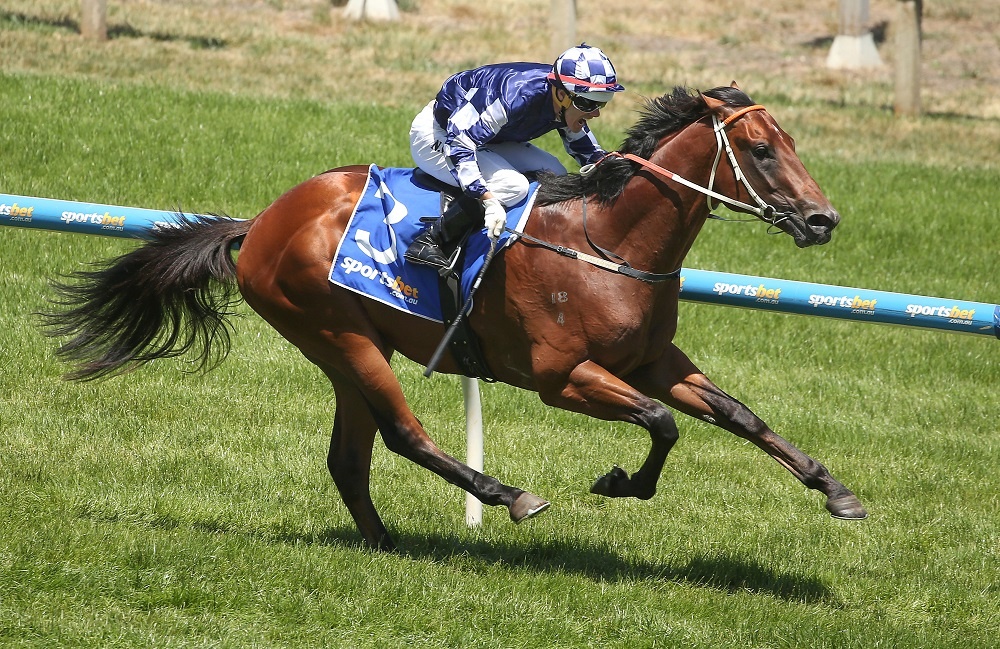