With five runners – nearly a third of the field – leviathan owner-breeder Bob Peters was supposed to win Saturday’s Group 2 Perth Cup over 2400m at Ascot.

And win it he did.  It’s just that he wasn’t supposed to win it with Star Exhibit.

Sure, Star Exhibit, had won the Perth Cup two years previously, but on the back of a 10-run, 20-month losing streak, it wasn’t likely he would be getting a mention in dispatches.

After all, the smart money was on Action, or Mississippi Delta or Perfect Jewel – also Peters’ runners – but it would be Star Exhibit that upset them all in a barnstorming finish. First run in 1887, this was Peters’ eighth success in the hometown Cup – a record – while Star Exhibit is the eighth horse to win the race on multiple occasions.

With 10 wins and over $1.2 million in stakes, Star Exhibit is one of 20 stakes winners for Statue of Liberty whose best runner – Hay List – did all of his early racing in Western Australia before heading east and running into a pretty good mare called Black Caviar.

While much is to be made of Peters’ success – deservedly so – spare a thought for his bonny mare, Star Encounter, who won a Pinjarra Cup in Peters’ cerise and white, along with placings in the WA Derby and WA Oaks.

Peters can likewise put his hand up as breeder of Perth stakes winner Enticing Star and 2018 Group 1 Railway Stakes winner, Galaxy Star – both out of half sisters to Star Encounter – but the real hero of the story is Star Exhibit’s fourth dam Bravery.

Bravery (Zephyr Zip) won the G1 Queensland Oaks and G1 Queensland Derby for trainer Brian Mayfield-Smith before heading off to stud in 1989.  She went on to produce 9 winners from 10 foals  including stakes winners Brave Prince and Valourina. 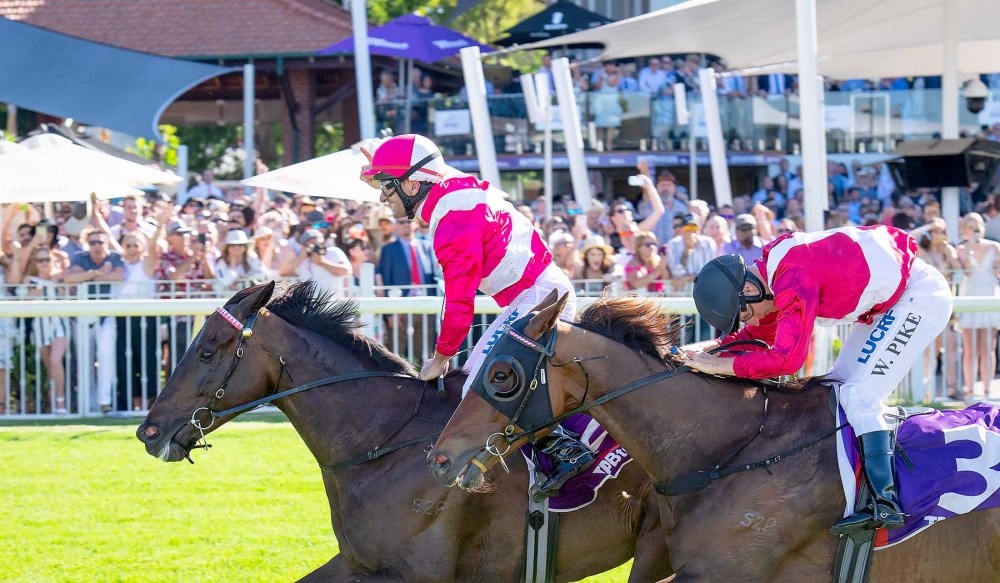