Mungrup Stud maintained its run of winning updates over the weekend ahead of the Perth Magic Millions Sale.

Oratorio mare Misty Metal was an odds-on favourite to win the LR Scenic Blast Stakes at Ascot on Saturday but someone forgot to show the script to Oratorio veteran Mr Motown.  Starting the complete outsider at $91, he won in a head-bobber from stablemate First Among Equals.

Mr Motown had won last year’s LR Beaufine Quality at Belmont and Saturday’s boilover improved the Mungrup champion’s strike-rate to 28 stakes wins.  “He’s been a wonderful horse for the stable and I did say his next start would be his last,” trainer Lindsey Smith admitted.  “But I don’t know how I’m going to convince the owners now!

“He likes it down in the weights we keep him fresh at the beach…Liz and the girls do a great job and without them we wouldn’t be winning today.”

Oratorio has a dozen yearlings catalogued by Mungrup Stud for the Perth Magic Millions including the filly from Halo No (Lot 225) who is an unraced half-sister to the dam of Mr Motown.

Mungrup weighed in with a winning double at Bunbury on Sunday with Heavenly Affair (Playing God) and Thunderplump (Oratorio).

Playing God has a half-dozen yearlings entered for the Magic Millions and Heavenly Affair is one of 10 individual winners from 20 starters out of his first crop.

Trainer Vern Brockman has been patient with Heavenly Affair and that’s not surprising given her dam Parc D’Amour (Bletchley Park) won the 2007 Belmont Oaks.  She descends from My Judy (Inceptor) who won the 1987 Crystal Slipper Stakes in Brockman’s brown and white striped silks.

Mungrup owners Gray & Jan Williamson retained Thunderplump and race her in partnership with Enzo Gianotti.  She is a half-sister to G1 Blue Diamond Stakes winner Kusi and is the final foal of former Woodlands Stud mare Naughty (Canny Lad).

Thunderplump is a stablemate of Misty Metal who has been sent for a spell after failing in the Scenic Blast Stakes.  “It just wasn’t her day but she pulled up fine,” co-trained Todd Harvey reported.  “We are super proud of her winning three stakes races over summer and look forward to having her back later in the year.”

The Harveys also have Oratorio filly Promiscuous Miss ready to resume following an Ascot trial win on Monday.  She is a full-sister to G2 Karrakatta Plate winner Motion Pictures. 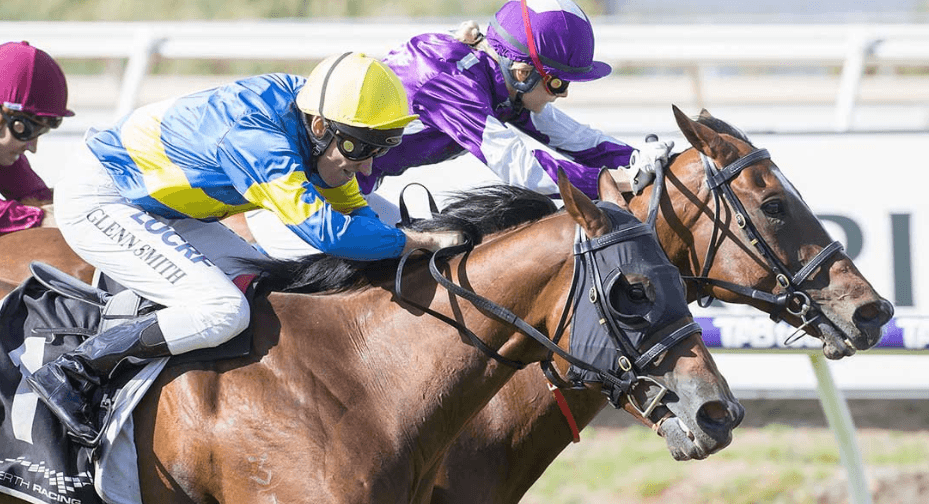