Located on the city’s northern fringe among famed Western Australian wineries, it will host 310 lots over two sessions starting on Monday at 2pm (WST).

Vendors gave the spacious stable layouts an unconditional vote of approval for parades compared to the cramped quarters at Belmont.

“This setup will upgrade our industry,” Sue Olive claimed.  “We would prefer to support the local sale and it will improve the class of horse over here.”

Gold Front has the only Snitzel at the Perth Magic Millions – Lot 12, a filly from Brisbane stakes winner Belle d’Amour.  “She was born here and is a quality filly,” Olive added.  “And the mare foaled a first-crop filly by our sire Awesome Rock.”

“He’s here for sale and the inspections have been busier than they used to be at Belmont.  We also had a great turnout for the Sundowner parade on Friday afternoon.”

Mungrup presents the first crop of I’m All The Talk, a Sydney stakes-winning sprinter by Stratum.  “I’m All The Talk is perfect for Perth,” Croucher said.  “We had 20 trainers fly down last month and the reaction was very encouraging.  A NSW syndication company is interested and so is his trainer Gary Portelli.”

Western Breeders’ Alliance has 25 lots on offer including a Real Impact (Jpn) filly and a Deep Field colt from Westbury Stud’s Phil Ibbotson.  Darling View Thoroughbreds owner Brent Atwell has colts by red-hot sire I Am Invincible and Magnus and Wayne Beynon has entered a Smart Missile colt reared at Einoncliff Park.

The WBA trio are happy with the new site’s design and Gerry Harvey’s continued support in Western Australia.

Ibbotson has been having a good run with My Admiration who has sired 10 winners of 15 races from his first crop.  Top-notch filly Cryptic Love finished fourth in the Magic Millions 3YO Trophy at Pinjarra last week and Shaun O’Donnell reckons she should have won after clocking the fastest 600m final sectional of the day.

Scenic Lodge manager Jeremy Smith is flying with Universal Ruler and he’s sitting pretty with the Snippetson half-brother to rising star Samizdat at the Magic Millions.  “Universal Ruler has been our breakout sire in the last 12 months,” Smith said.  “He didn’t have the numbers early on but covered 95 mares this season.”

The half-brother to Samizdat and black-type mare Samovare (Lot 122) is being offered as agent for Scenic Lodge yearling manager Jamie O’Bree.  He welcomed another half-brother by Extreme Choice at Newgate Farm in October.

Magic Millions WA Manager David Houston has been busy handling the sort of issues that arise at any new venue.  “It’s exciting seeing it all come together even though there’s still lots of work ahead,” he said.  “It will be a showpiece in the years to come.” 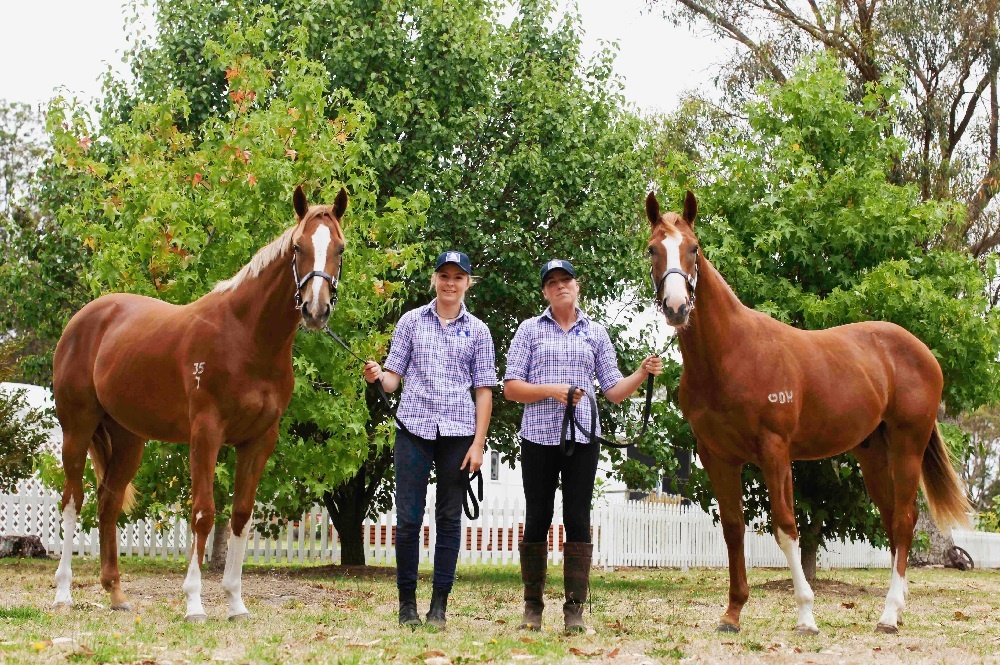 I’m All The Talk fillies from My Lovely Lovely & Stormvielle