Light The Waves landed her first city win at Morphettville on Saturday and it won’t be the last going on post-race comments by assistant-trainer Calvin McEvoy and jockey Jason Holder.

The Blackfriars mare flashed home first-up at Gawler in December but missed an intended start last month after a stable setback at Angaston.  “Giving her five weeks between runs wasn’t the plan,” McEvoy said.  “She recovered quickly, trained on strongly and we think she has the makings of a good stayer.”

Light The Waves was stepping up from 1200m to 1550m which caused a problem on the corner.  “The leaders got away and she lost a half-length,” Holder revealed.  “She’s still learning and was a bit stop-start before chasing them down.  She was doing her best work late and is definitely one to follow.”

Blackfriars sired another winner for trainer Colin Webster when Crystal Valley rocketed home in the last race at Ascot on Saturday.  She was spotting the leaders 8 lengths well into the straight and let fly with brilliant turn of foot to blouse out Let’s Twist.

Crystal Valley has been consistent as clockwork since winning first-up at Northam in September.  “I was a bit concerned with the drop back from 2100m to 1800m today and she was spotting them a massive start,” Webster said.  “But she’s an honest mare and hasn’t stop improving this prep.”

Krisman Park’s Phil Bruce has a perfect record putting Blackfriars to Adelaide winner Missunicoffski (Scenic).  From three named foals, she has thrown Ascot winners Dudemanbro, Crystal Valley and the Webster-trained 3yo filly Pearls From Heaven who won her maiden there last Wednesday.

Blackfriars also bobbed up with I’m A Love Man who won the Kojonup Cup on Saturday and his 4yo mares Ancient Hope and Friar’s Fantasia followed up with a Bunbury double on Sunday.

I’m A Love Man is a veteran of 63 starts with an Ascot win to his credit in March 2018.  His dam Idyllic Doll (Scenic) is a half-sister to Playing God and God Has Spoken and she has a Blackfriars filly (Lot 230) on account of Scenic Lodge at the Perth Magic Millions. 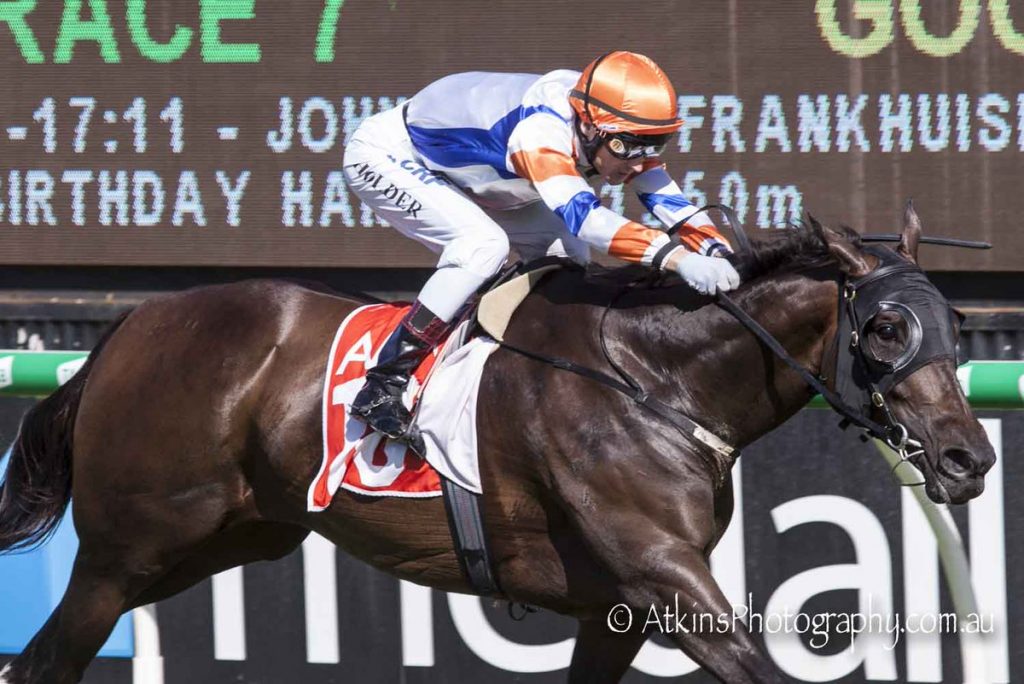