Amelia Park received a winning update for its Perth Magic Millions consignment in Melbourne on Wednesday.

The Vasse nursery has a filly by young gun Zoustar catalogued as Lot 39 and her 3yo half-sister I Know That began her rise through the grades in a maiden at Sandown’s twilight meeting.

Their dam Donna Intelligente (Dehere) won three races in Sydney and her Zoustar youngster was pin-hooked for $75,000 at the 2018 Inglis Easter Weanling Sale.

“She’s a nice filly and it’s always hard to make up so much ground here,” jockey Damian Lane said after steering I Know That to a narrow victory around the Lakeside circuit.  “She’s still green and did a good job to switch off the back of the leaders and pick them up.”

The So You Think filly had come on strong when just beaten on debut at Geelong last month and the stable has Group 1 plans for her this campaign.  “She was in trouble at the 600m so it was an impressive performance,” trainer Danny O’Brien said.  “We’ve always felt she had talent but to be able to do what she did today is very exciting.

“I Know That is a filly we would like to see in an Oaks this season, whether that is Sydney or Adelaide remains to be seen.”

Amelia Park’s racing manager Sharon King told Sunspeed Magazine their Zoustar filly will be a standout in the Swan Valley.  She’s also a half-sister to Smart As (Exceed And Excel) who added another winning update to the family’s pedigree page at Randwick last month. 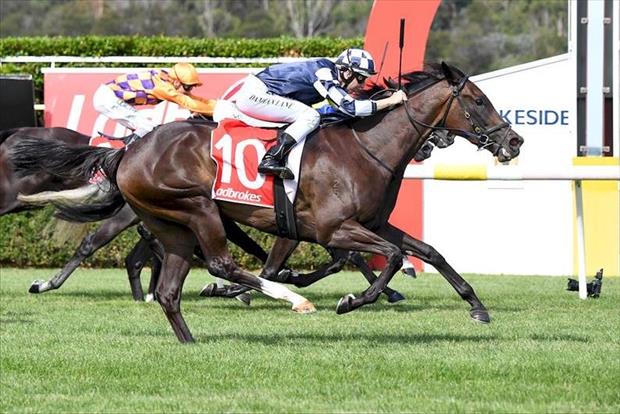