Angelic Ruler will have one more run in Melbourne after finishing an unlucky third in the G2 Kewney Stakes last Saturday.

Stewards reported the Universal Ruler filly jumped awkwardly and lost ground from the tricky 1400m start at Flemington.  Stuck in a ruck in the back half of the field, she burst through a gap at the furlong to get within a neck of the winner Spanish Whisper.  “She kept finding the line and has pulled up well,” co-trainer Dan Pearce said.  “At this stage, we will step her up to a mile in the (G3) Alexandra Stakes at Moonee Valley on Friday week.”

Angelic Ruler had won the LR Rangeview Classic at Bunbury prior to travelling east where she was collared first-up by Qafila in the G3 Angus Armanasco Stakes at Caulfield.

Back home in WA, Scenic Lodge sire Universal Ruler continued his winning run when Leading Man and Mr Stikler won their 3yo maidens at Bunbury on Sunday.

Leading Man looked a promising type first-up over 1200m following a five-month spell for owner-breeder Stan Quinlivan and trainer Adam Durrant.  He circled the field on the home turn and, although out on his feet in the straight, maintained a length margin over runner-up Avalon Bay (NZ).

He’s the first foal of Scenic Grin (Blackfriars) and Quinlivan sent the mare back to Universal Ruler last year.  She won up to a mile at Ascot (3) and Belmont (2) and is from the immediate family of Load And Lockett (G3 Bunbury Cup) and Kim Uma (LR Queen’s Plate).

Mr Stikler has taken more time to find his feet and appreciated stepping up to 2000m.  He looked beaten in a race that developed into a slugfest down the straight but dived right on the line to defeat Scintillating (Blackfriars) by a head.  Bred by trainer Sharon Miller, Mr Stikler is the final foal of her Ascot winner Biara Rose (Dr Johnson) who is a sister to Belhari (LR Burgess Queen Stakes).

Universal Ruler had his latest crop of yearlings sell to $75,000 at the Perth Magic Millions.  Top-price was paid by Damien Wyer for the colt out of Svara (Blackfriars).

Pearce Racing topped the Magic Millions with $260,000 for an I Am Invincible colt and they also paid $100,000 for the Blackfriars half-brother to Universal’s Ruler’s stakes-winning filly Lady Cosmology.

Another Scenic Lodge-sired yearling heading to their Karnup stables is the Dash For Cash half-sister to Cyclone Bella who won at Sandown on Wednesday.  “We purchased her for just $30,000,” Dan Pearce said.  “And we think she’s an absolute ripper!” 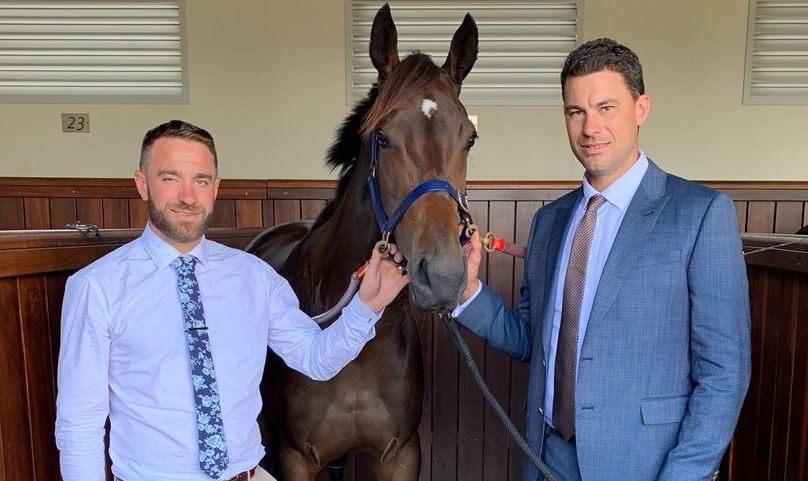