Gingerbread Man galloper Achernar Star has broken through for a well-deserved black-type first in the Listed Bunbury Stakes (1400m).

Group 1 placed in the 2017 Kingston Town Classic, he had earned over $720,000 before a ground-breaking victory in the south-west’s premier sprint on Wednesday.

It was also a black-type first for Yarradale Stud sire Gingerbread Man (Shamardal).

Achernar Star is a younger half-brother to G2 WA Guineas winner Man Booker who was by Yarradale stallion Discorsi (Galileo).

He was bred and sold by Korilya Stud for $75,000 at the 2016 Perth Magic Millions.  Astute Bloodstock (FBAA) agent Louis Le Metayer bought him on behalf of Amelia Park owner Peter Walsh and trainer Simon Miller.

Given the run of the race by Damien Oliver, he surged to the front in the straight for a popular win over Tellem We’re Comin (Blackfriars) and Vital Silver (Wanted).

Oliver won his first race as an apprentice at Bunbury in 1988 and it was obvious the victory meant a great deal to the champion jockey.  “It’s great to win a good race here for Peter.  Our families are close.  Achernar Star was tough in the final stages and I reckon he wouldn’t be out of place in Melbourne.”

Walsh admitted winning the race sponsored by Amelia Park was one of his finest days.  “It’s not a Perth Cup or a Karrakatta Plate which I’ve won, but it’s top of the tree.  Ollie won it for us.  He’s a class rider and a class bloke, too.  And I couldn’t be happier with the way things are working out for Amelia Park.”

The Vasse nursery topped the Perth Magic Millions yearling sale again last month with an average of $99,125.  Top-price among 8 lots sold was the Zoustar- Donna Intelligente filly that made $200,000.

Gingerbread Man was a Group 1 winner in Singapore and stood at Yarradale for a $4,400 (inc GST) fee last year. 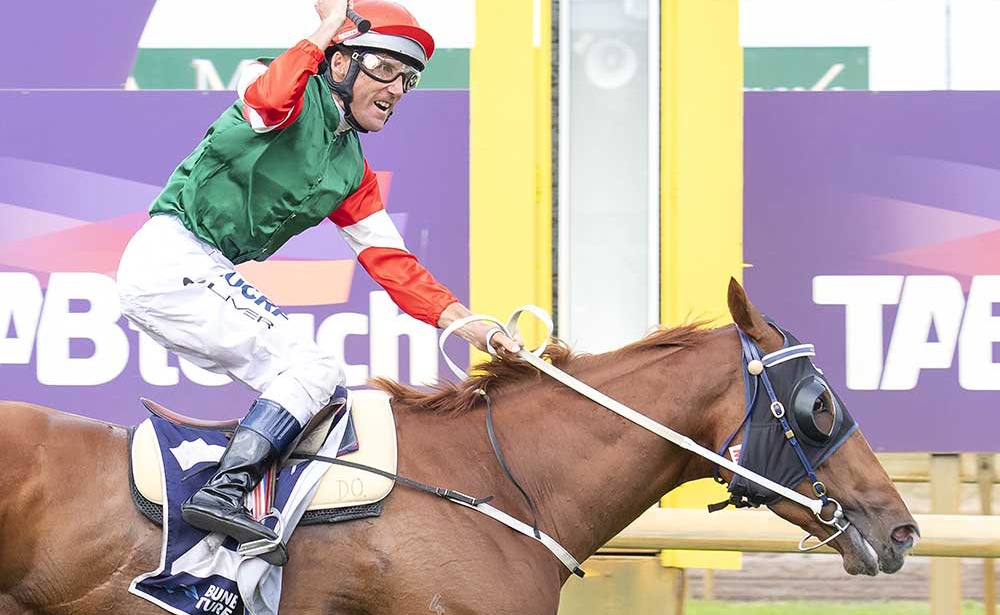