Amarillo Rose, a homebred for Gold Front owners Alan and Sue Olive, delivered the first juvenile city win for their stallion Slater at Belmont in October and Deacalda broke through in town at Ascot on Saturday for a syndicate managed by Ray Meadowcroft.

Deacalda (Sizzling) didn’t race at two due to a suspensory injury incurred shortly after changing hands for $105,000 at the 2017 Perth Magic Millions.  She scored on debut at Northam in September and won again when fresh for the Big Mac Hcp (1000m).

“The blinkers made all the differenced today – she did everything right,” winning rider Shaun McGruddy said.  “It ended up being a pretty easy win but the headgear can probably come off once she gets up to 1400m and 1600m.”

Kezzabelle’s yearling filly by Alfred Nobel has been retained and named Tishya.  The mare has an Awesome Rock colt on the ground and was bred back to him in November.

Gold Front will be gunning for black-type with Lady Sass and Dig Deep in the next fortnight.

The Olives bought Lady Sass (Unencumbered) for $18,000 at the 2017 Inglis VOBIS Gold Yearling Sale in Melbourne and she won two in a row at Ascot last month to earn a start in the G3 WA Oaks (2400m) this Saturday.

Dig Deep was sold to Pearce Racing for $100,000 as part of the Gold Front draft to the 2018 Perth Magic Millions.  He won on debut at Bunbury and ran a cracking fourth at Ascot on Saturday after blowing the start in the LR Perth Stakes.

His sire Deep Field is off to a promising start at stud and his dam Lucky Ana (NZ) was bred by Sir Patrick Hogan and descends from champion broodmare My Tricia (Hermes). 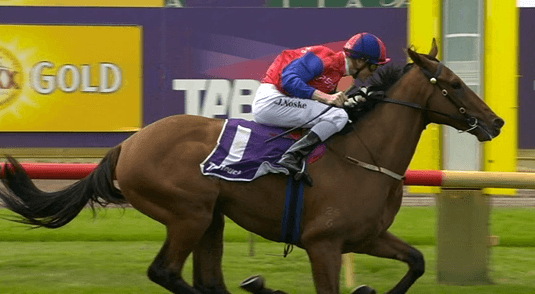