This Sunday’s auction at the Swan Valley complex includes 22 mares and racing stock on account of the Duncans who are stepping back from the demanding schedule of a commercial stud farm.

“It’s been in the pipeline for a while,” he said this week.  “Working seven-day weeks is starting to become a bit uncomfortable.  It’s time to back off a bit.  I don’t want to be one of those blokes that keeps going past their use-by date.”

Duncan’s idea of a use-by date is probably the equivalent of normal working week for most people.  There are still 16 mares and 20 foals on the 300-acre property and he will also stand former Taunton Vale sire Demerit this year.

‘It was a very difficult process deciding which ones to catalogue for the Autumn Sale,” he admitted.  “The mares that have been culled from our system have some outstanding foals on the ground down here.”

Located at North Jindong, between Busselton and Margaret River, Oakland Park will be forever celebrated as the birthplace of Northerly.  Undoubtedly the greatest galloper to ever emerge from the west, he took the Duncans on a dream ride with Hall Of Fame trainer Fred Kersley in those famed Yellow and Black Maltese Cross colours.

Northerly won the 2000 Railway Stakes at Ascot and then went to Melbourne to win everything more than once including the Cox Plate where he revelled in the cauldron-like atmosphere at Moonee Valley.  He was afforded every accolade and was the only horse to consistently get the better of that mighty mare Sunline.

Beethoven (Helmet) can add his name to that roll-call in the G2 Karrakatta Plate on April 6 following a very impressive victory in the Perth Stakes.  He’s from a winning half-sister to Jukebox and his second dam is a half-sister to Ihtsahymn.

There are numerous relations to Oakland Park stakes winners this Sunday starting with young Blackfriars mare French Champagne (Lot 3), an Ascot winner who is from a half-sister to Marasco.

French Champagne has foaled colts by Demerit in her first two seasons at stud and she was covered by him again in November.  Demerit has grown into a dependable sire of winners in the south-west for owners Kent and Nina Johnston who are scaling back at Taunton Vale.

He will stand with fellow Lonhro sire Sessions on an Oakland Park roster that will be without Safeguard and Rogano this year.

Safeguard (Exceed And Excel) is off to a flyer with his first crop and will now stand permanently at Mogumber Park after the Duncans sold their share to Santo Guagliardo.  Rogano (Redoute’s Choice) couldn’t maintain a viable fertility-rate and will transfer to Toodyay.

“I’m comfortable standing two sons of Lonhro,” Duncan declared.  “They have vastly differing dam lines.  Demerit is from a Scenic mare while Sessions is out of a Canny Lad stakes winner from a Danehill mare.” 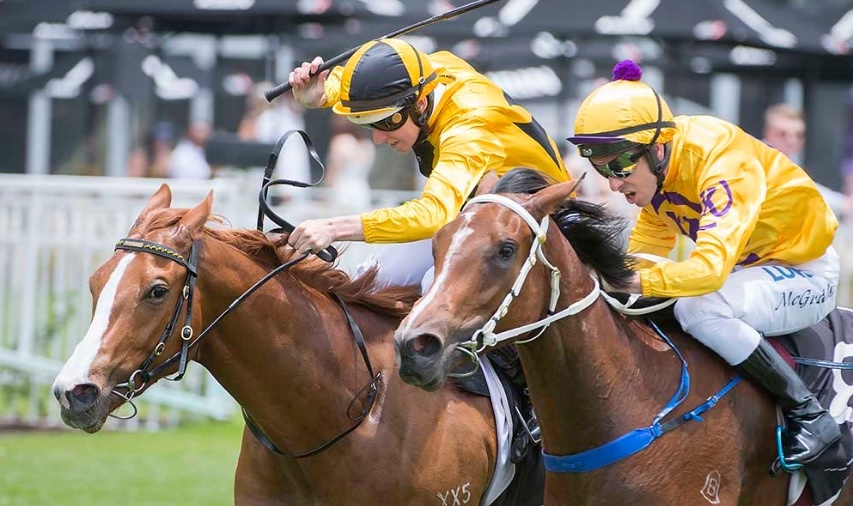