Platoon sparked a very successful weekend for Mungrup Stud with a Listed victory in the J C Roberts Quality (1800m) at Ascot on Saturday.

Trainer Neville Parnham’s patience is finally paying off with the son of Mungrup sire Playing God and bookmakers reacted by firming him into a $6.50 second favourite for the G2 WATC Derby (2400m) on April 13.

Suited by a strong gallop in front on Saturday, Platoon powered through the line two lengths in advance of Regal Power (Pierro) and Blackwood River (Blackfriars).

Parnham has never lost faith despite the 3yo gelding only winning a Northam maiden in his first 13 starts. “We’ve been waiting a while but he’s never drawn a barrier and has been out the back and pushed wide in shorter races. We’ve been teaching him to relax and there’s definitely more improvement to come.

“He’s been working like a really good horse. He’s not as good as Playing God but won like him today!”

Parnham trained Playing God to Group 1 victories in the 2010 and 2011 Kingston Town Classic. In between those career highlights, he was runner-up to Dreamaway in the WATC Derby.

Platoon was bred and sold by Mungrup for $26,000 at the 2017 Perth Magic Millions to a syndicate that includes Parnham and Colin Loxton who campaigned Playing God. His dam Oriel (Oratorio) won a Kalgoorlie maiden for Lex & Shirley Piper and she is a half-sister to Lock The Vault (Magic Millions WA 2YO Classic).

The Mungrup team toasted the win with a vino or three at Mt Barker’s Grapes & Gallops meeting on Sunday. This year’s featured $100,000 Mungrup Stud Sprint was taken out by the Lindsey Smith-trained Reykjavik. 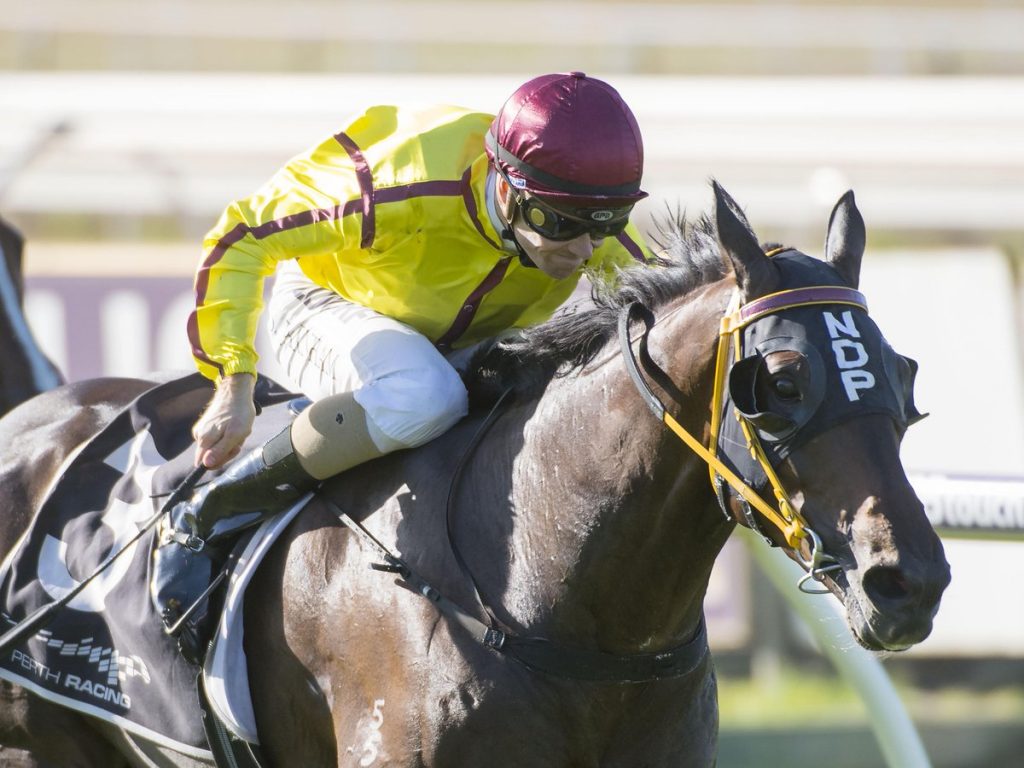