Proart can continue a winning week for Balmoral Park when his 3yo filly Classic Pro steps out at Ascot this Saturday.

Classic Pro is capable of countering a last-start loss when she runs in the Jockey Celebration Day Hcp (1500m).  Part-owned and trained by Mike Santich, she never saw daylight when racing second-up from a spell a fortnight ago.

Classic Pro doesn’t win out of turn, however, Santich went back and bought her yearling half-brother by Kendel Star at the Perth Magic Millions last month.  Their dam Shezapro (Econsul) won three times up to a mile and was fourth home in the 2012 WA Oaks won by Pop Culture.

Proart (Rock Of Gibraltar) won a Group 3 at weight for age in the Scahill Stakes at Ascot and signed off with a Listed victory in the Bunbury Stakes.  His first Balmoral Park-conceived foals are two year-olds.

The Balmoral Park team celebrated another feature win when their flag-bearer Reykjavik landed the $100,000 Mungrup Stud Sprint last Sunday.  He was racing first-up at Mt Barker following a Listed victory in the Hannans Hcp in Kalgoorlie last October.

“I think he’s a horse still on the way up,” jockey Dan Staeck said after the latest win.  “Lindsey (Smith) has done a wonderful job and he’s still improving.”

His 2yo half-sister is named Tycoon Storm (Written Tycoon) and she will race in the same light blue and white checked silks as Reykjavik.  Their dam Gibraltar Storm (Rock Of Gibraltar) foaled another Artie Schiller colt last August. 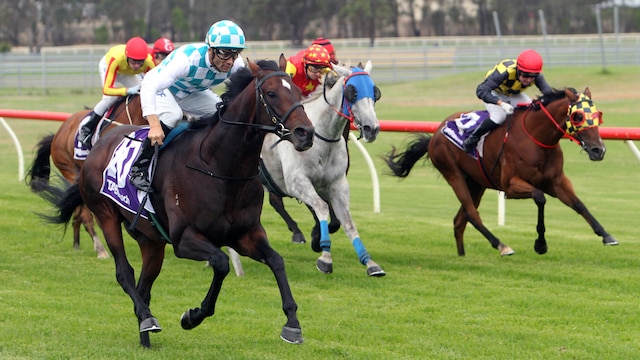