Trevor Andrews has picked a fitting target for exciting colt Blackfury following his effortless victory at Ascot this week.

The Blackfriars 3yo was a class above his rivals winning the Hahn Superdry Hcp (1500m) from Uni Time (Universal Ruler) and Too Close The Sun (Carlton House).  He put the race to bed on Wednesday after putting the writing on the wall with a brilliant finishing sectional on debut at Pinjarra last month.

Blackfury will be given a let-up and set for the LR Belmont Guineas (1600m) on June 22.  The winter feature has been the launching pad for top-class gallopers like Great Shot, Tradesman, Grand Nirvana & Shot Of Thunder.

Blackfriars won it with Rohan on the back of his victory in the 2012 WATC Derby and the Scenic Lodge champion was on fire on Wednesday siring the first three winners at the midweek meeting:  Blackfury, Mackenzie Brooke and Unending.

“It was a huge run at Pinjarra and I told Jarrad (Noske) to go back and get home today,” Andrews said.  “He’s a big, raw colt and it’s all part of his education.  People think Blackfriars just sires stayers but this bloke is from a fast family and I think a mile will end up being his best distance.”

Blackfury was bred and sold by Gervase Park for $120,000 at the 2017 Perth Magic Millions.  He’s a brother to multiple city winner Blackline and a half-brother to LR Bunbury Classic winner Takanori (Vital Equine).

Their dam Nishikawa (Fuji Kiseki) was sold as a broodmare prospect for $150,000 at the 2008 Magic Millions National Sale.  She foaled an Awesome Rock colt in October and was then bred back to him at Gold Front Thoroughbreds.

Blackfriars has several winning chances at Ascot on Saturday including Assetro in the LR Natasha Stakes (2200m).  She has been working home over shorter trips since a spell in the LR Challenge Stakes and LR Ascot 1000 Guineas and appears the main danger to Peters Investments pair Adornment and Dark Choice. 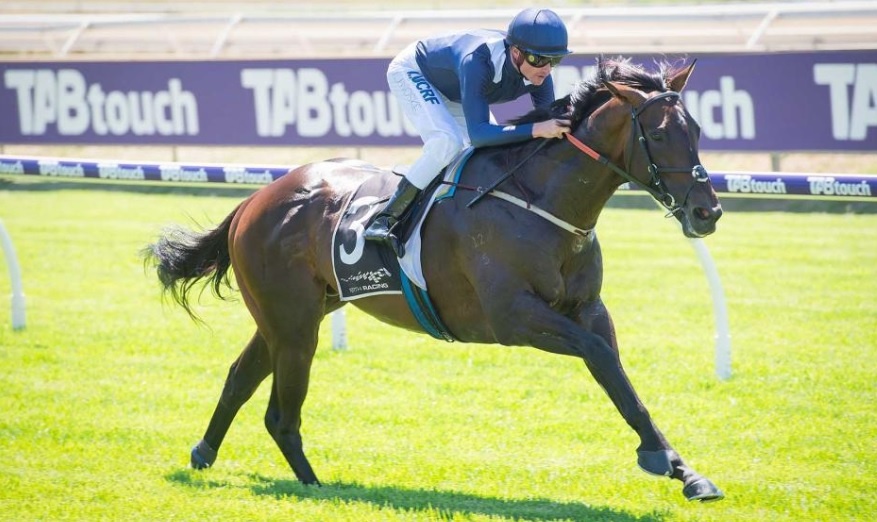